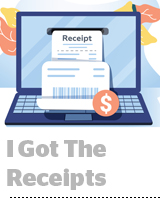 The Check Is In The Mail

Google’s Gmail service provides an immense trove of ecommerce data, and even in-store purchase data when customers have a receipt sent to their account. You can check out your own “Purchases” history page. Google doesn’t use information from Gmail to target ads, following a 2017 policy change, but the transaction data is still a powerful asset for user personalization and post-campaign attribution. There’s no easy way to delete or suppress collection of the purchase data, unless the user shuts down tracking entirely, which can also be time-consuming, writes CNBC. More. There’s a cottage industry of startups and retail data companies that scan ecommerce purchase data for targeting and measurement purposes, but no other company has a fraction of Gmail’s visibility.

Anheuser-Busch InBev has been quietly building an in-house agency called Draftline for the past year. The team began working on the Michelob Ultra brand, but quickly expanded to all 42 products across AB InBev’s portfolio, handling email marketing, data and programmatic buying. The investment in Draftline is more about the company’s pivot to personalization rather than deliberately pulling away from agencies or avoiding fees, US CMO Marcel Marcondes tells Ad Age. The company works with 50 agencies in the United States, and Draftline has to pitch against them to win business. (Although AB InBev doesn’t have to pay Draftline, which offers some incentive.) “We’re not doing this to create competition,” Marcondes said. “It’s to do more.” More.

The tech lobby scored a victory of sorts late last week when the California Senate Appropriations Committee shot down a bill (SB 561) that would have allowed individual consumers to sue companies for any violation of the forthcoming California Consumer Protection Action. The Associated Press has more. Under the current version of the law, people can only sue for certain types of data breaches, and it’s up to the California Attorney General’s office to enforce any other infractions. Proponents of the failed bill – including California AG Xavier Becerra, who would have received greater powers – argued that it clarified the CCPA and gave consumers a greater level of protection. Critics complained that an expanded private right of action would lead to a flood of unnecessary litigation. Go deeper: Check out AdExchanger’s rundown of CCPA amendments that are still in play.

Facebook’s PR and morale crisis since the Cambridge Analytica scandal has cost it top talent over the past few years, CNBC reports. For Stanford, Carnegie Mellon and some Ivy League universities, Facebook’s acceptance rate for full-time offers has dropped by 85% since the 2017-2018 school year. More. In other Facebook news, an antitrust case against the company in the EU could lead to long judicial procedures that the government wants to avoid, according to competition commissioner Margrethe Vestager. “Of course it would be a remedy of very last resort,” she said at a conference in Paris on Friday. “I think it would keep us in court for maybe a decade. It is much more direct and maybe much more powerful to say we need access to data.” Reuters has more.