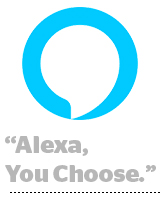 Voice strategies are table stakes for some brands as voice-activated devices proliferate in US homes. Despite little to no advertising opportunities on voice platforms yet, marketers are establishing their presence in the new media environment, The New York Times reports. Some brands are betting big now on voice SEO to ensure their products surface for generic shopping terms (“Alexa, buy toothpaste!”). Others are creating voice apps and experiences to raise brand recognition. HBO launched a ‘Westworld’ Alexa skill with additional info on the show and Procter & Gamble’s Oral-B skill turns on a toothbrush timer for kids. “It’s gone from an interesting kind of experiment to something they have recognized that they need to invest in to make sure they are discoverable and relevant in the next five years,” said 360i President Abbey Klaassen. More.

Samsung overtook Procter & Gamble to become the highest- spending brand advertiser in 2017, according to Ad Age’s annual global marketing report. Samsung saw a big year-over-year bump in advertising as it tried to counter the highly publicized 2016 recall of its phones due to exploding batteries. But even if Samsung doesn’t retain the title in a year, technology and media companies are driving global ad spend. Ten internet-age brands are in the top 100, including Alphabet, Amazon and Netflix, and those 10 companies collectively increased advertising by 29.6%. The other 90 top advertisers averaged 2.6% ad growth. AT&T also jumped into the top 10 advertiser list – tied with Amazon at no.7 with $6.3 billion – after it acquired Time Warner. More.

Readerships Pass In The Night

A tech startup called Memo is offering publishers a new revenue stream by selling audience information on certain articles to marketers. Publishers including Meredith, BuzzFeed and PopSugar have agreed to share data with Memo, founder and CEO Eddie Kim tells The Wall Street Journal. Memo’s early customers are primarily direct-to-consumer brands and PR firms, which need to track earned media and sponsored content. Some publishers see Memo’s potential for lead generation. Meredith Chief Digital Officer Matt Minoff said that if brands learn their content resonates with Meredith audience, they’ll be more likely to buy the publisher’s inventory. Better reporting data for sponsored content campaigns could also nudge up the price or retention rates for brands. “The indirect benefit of the service may prove, from a revenue standpoint, to be greater than what we would get from individual articles,” Minoff said. More.