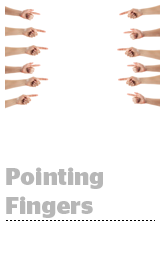 You Had One Job

Google has been punished in the UK for ignoring brand adjacency issues, but should agencies shoulder more of the blame? Stratechery’s Ben Thompson argues agencies’ reliance on Google and Facebook to handle the logistics of ad targeting have caused them to fall short on their core purpose: to be the middleman between marketers and publishers. “If ad agencies want to be relevant in digital advertising, then they need to generate value independent of managing creative and ad placement: policing their clients’ ads would be an excellent place to start,” Thompson writes. “Big brands, meanwhile, should expect more from their agencies: paying 15% of advertising spend so an agency can take out an ad on Google or Facebook is a waste of money.” Read it.

Header bidding helps publishers increase revenue. Does it also exacerbate publisher data leakage? Sources tell Digiday the higher volume of bid requests exposes more publisher data to potential bad actors, relative to the traditional waterfall method. “Many exchanges allow demand-side platforms to take bid requests and basically just ‘listen’ for data without spending money,” said independent ad tech consultant Brad Holcenberg. “So the more [bidding partners] you work with, the more likely the data gets to their customers and can leak out further from there.” More at Digiday.

Apple has big plans for augmented reality (AR), with almost 100 dedicated engineers, a string of AR-focused acquisitions and a developmental project to build smart glasses that connect to the iPhone and play content, Bloomberg reports. Any AR hardware product is still a ways out (neither Google Glass nor Snap’s Specs give much reason to rush), but AR features will first enter as camera features, with things like depth alterations in photographs. Apple really has no choice but to succeed in AR, as it will eventually replace the iPhone, said Gene Munster, founding partner at research firm Loup Ventures. “It’s something they need to do to continue to grow and defend against the shift in how people use hardware.” More.

Honda’s relationship with Publicis Groupe’s Mediavest just ran out of gas. The issue: lack of trust. According to The Wall Street Journal, “The car maker had learned of troubling alleged irregularities in how its account was handled, including that Mediavest wasn’t paying media companies within the expected period of time, people familiar with the matter say. Honda also found that money that was meant to pay bonuses to certain agency staffers on the Honda account didn’t get to them, the people say.” Honda has since returned to its old agency, the indie, Los Angeles-based RPA. Read more.