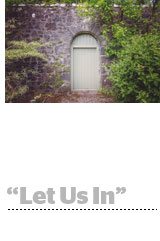 Lines In The Sand

The ANA has demanded walled gardens – specifically Amazon, Pinterest, Snapchat, Twitter, LinkedIn, Foursquare and Instagram – open their platforms to third-party audits. Google and Facebook have agreed to such audits, though the industry “would appreciate both companies keeping the marketing community fully informed of their plans and timetables,” writes ANA executive VP Bill Duggan. Promises only matter if they precede action. On the other hand, it remains to be seen if brands will put their money where their mouth is on walled-garden advertising. More at Ad Age.

Cream rises to the top ... and then it gets whipped. That seems to be the case for brand leaders, with CMO tenures dropping from a 44-month average among top US brands in 2015 to 42 months in 2016. The trend is being driven by CPG companies and retailers, who have been running a kind of C-suite carousel over the past couple years. In one fresh example, Mondelez global media chief Bob Rupczynski just left the company after a mere four months. Honest Company, the $1.7 billion household product manufacturer, just replaced its CEO after a Unilever deal fell through.

German Chancellor Angela Merkel wants the European Union to do with data what it did with the euro. "We want to create a digital single European market,” Merkel said. “That means we need to have legal situations that are as similar as possible in all European countries.” But there are roadblocks to standardization, including inconsistent copyrights and data ownership laws. For instance, carmakers and in-car software providers would have little clarity about who owns the data generated by a driver. More at Reuters.

Last week Adblock Plus (ABP) announced the members of its Acceptable Ads Committee, an 11-person group that oversees formats and policies for ABP’s publisher whitelisting program. The committee’s influence is limited: It can’t stop ABP from exacting fees in exchange for ads served to ad-blocking users, but only controls what formats are added to the menu. Also, members proposing a change must provide research proving that change doesn’t harm the user experience, Digiday’s Ross Benes reports. ABP will cover research costs for the sole digital rights group, Fight for the Future, but otherwise the member’s company must pay. And …. uhhh, they won’t. More on that from AdExchanger.