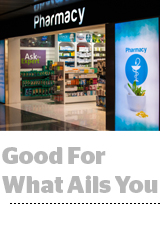 The campaign to promote Apple Music’s integration with Amazon Alexa-enabled devices is a biggie: top billing and a special tab for the Alexa app atop the App Store, promotions in the Apple Music app and push notifications to Apple Music subscribers. The push notification was a particularly aggressive move, writes MacStories, since promotional push notifications are against App Store guidelines. It’s a nice boost for Amazon, though. Apple is implying that integrating with Alexa is a core upgrade, like a developer update, rather than a marketing play. More. Apple and Amazon have been in an awkward dance lately. After years of frostiness, Apple became an official seller on Amazon last month, which gave Amazon a reason to squash third-party Apple product resellers. Although Amazon excludes HomePods, the Apple Music/Alexa partnership would still prove quite fruitful. Over the Thanksgiving holiday, Apple was the second-largest advertiser on Amazon (after Amazon, natch) and actually surpassed Amazon as the No. 1 brand for organic searches, according to data from the Amazon specialist ad tech company Downstream.

GlaxoSmithKline and Pfizer will merge their consumer product divisions into a joint venture next year, with the British GlaxoSmithKline owning 68% and Pfizer owning the remainder. There’s also a plan to IPO within five years. If approved by shareholders, the joint venture will become the largest over-the-counter brand operator in the world, The New York Times reports. It’ll also transform two big fish into another true CPG brand whale. It makes sense for GSK and Pfizer to focus on their prescription drug businesses, which have higher growth potential and are increasingly divergent businesses, than to try and be consumer brand operators. Over-the-counter products such as vitamins and supplements, Advil, Nicorette, Tums and Aquafresh (all in the joint venture’s portfolio) face new competition from direct-to-consumer brands, whereas prescription meds seem like a safe bet. “But such concentration comes with risks, given that prescription drugs are costly to develop and are subject to boom-and-bust cycles in which consumer products can provide some insulation.” More.

Slap On The Wrist

Facebook and Google are being fined a collective $455,000 for violating campaign finance law in Washington. In June, the state accused both platforms of failing to keep proper records of who was buying campaign ads on their sites, The Washington Post reports. Google will pay $217,000 and Facebook will pay $238,000 for disobeying state law on political ad transparency. It’s less than a drop in the bucket for both companies, but also an indicator that regulators’ fuses are growing short. “Whether you are a small-town newspaper or a large corporation, Washington’s political advertising disclosure laws apply to everyone,” says Washington state Attorney General Bob Ferguson in a statement. More. Meanwhile, the District of Columbia filed a lawsuit on Wednesday against Facebook for violating consumer protection laws by misleading users about their data security during the Cambridge Analytica scandal. More at Bloomberg.