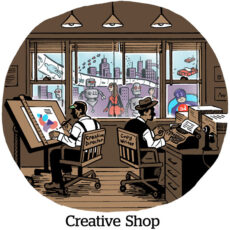 Location data companies have seen an uptick in inquiries from government officials and public health groups, The Washington Post reports. It’s no surprise – health officials and local governments had to track the effects of quarantine measures as well as next-order impacts on public services, such as transportation. Though the applications are tempting, the data sets sold by location companies such SafeGraph and Veraset (a SafeGraph spinoff), or the location tracking capabilities on offer from a vendor like GroundTruth, can raise eyebrows from a privacy perspective In some cases, location data can be used to de-anonymize ostensibly anonymous identifiers or advertising IDs. In a notorious incident this July, a religious news site doxxed a Catholic priest using third-party mobile location data tied to an account on LGBTQ dating app Grindr. Even so, the data is useful, and government officials can often get it for free or at a steep discount. One DC official told WaPo that working with the Veraset mobility data was “an excellent baptism by fire” for data scientists working to expand the city’s centralized information database. That data is harder to collect, though, or is only available through panels or opted-in groups, because iOS and Android now block most location data unless it’s collected for a legit reason, like food deliveries or map directions (or Pokémon GO).

It’s creative’s time to shine. Although data and media technology have gotten most of the attention and investment over the past decade, it’s been “crickets” for creative automation tech. That’s changing with the acquisition of Celtra this week by private equity firm Symphony Technology Group, which bought a majority stake in the company at a $190 million valuation, Insider reports. “When we started Celtra, our vision was to empower creativity in the most scalable way,” said Celtra Co-Founder and CEO Mihael Mikek. “Today creative automation is fueling advertiser and media transformations across the industry.” Celtra isn’t the only creative production and optimization company to feel that warm glow recently. Spaceback, which spins social media content into programmatic units, is quite popular with performance marketers. And Media.Monks, a video studio known for quick, digital-native production, was acquired by S4 Capital. Not to mention a startup like QuickFrame or the broadcast and online video ad management company Peach – which acquired creative QA company Advalidation this week – both of which have technology to merge video production with ad campaign management across platforms, including YouTube, TikTok and Amazon Fire TV.

A Oui Or Non On Sharing?

No retailer has been able to touch the stratospheric growth of Amazon’s advertising platform – but every major grocer or retail chain is all-in on the opportunity with an ad platform of their own. And one of the most interesting markets to watch is France. That’s because the country is home to a case study in retail media strategy. Two big French grocery operators, Intermarché and Casino, have formed a five-year data-sharing partnership, including a joint venture to sell digital ads based on their combined loyalty program purchase data. The larger French grocery chain Carrefour Group, meanwhile, chooses to go it alone with a retail media platform boosted by strategic partnerships with Criteo, LiveRamp and, as of Wednesday, a comprehensive deal with Meta that spans Facebook, Instagram, WhatsApp, Messenger and Workplace (its business operations toolkit). “Our data and our unique database are more effective than alliances because the data is structured and homogeneous,” said Elodie Perthuisot, Carrefour’s chief ecommerce and data officer. It’s an important strategic question right now as to whether retail media platforms should partner for purchase-based targeting and attribution. Brands sell across stores, so that would be a win for marketers. And the fact is even big retailers may not have first-party audiences that are scaled enough to satisfy ad buyers – at least not by programmatic standards.

There may be a steep privacy cost if you park at this Trader Joe’s. [Los Angeles Times]

Breaking down the post-cookie solutions with a focus on Unified ID 2.0. [PR Week]

Correction: Due to an editing error, an earlier article said that S4 acquired Spaceback, not Media.Monks.