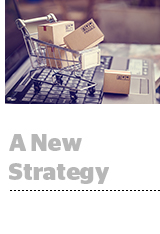 If You Can’t Beat ‘Em

Shares of the 56-year-old retailer Kohl’s have almost doubled in the past year as it bridges a new generation of shoppers with help from ecommerce natives. Kohl’s was seen as accepting a Trojan horse when it announced a deal with Amazon late last year to carry Amazon products and let Amazon shoppers pick up or return purchases in stores. But with profit up 40% year over year and ecommerce shoppers boosting foot traffic, Kohl’s is doubling down on the approach – this time with PopSugar, the fashion site and manufacturer. PopSugar identifies new styles on social media and enables personalized ads with a stronger feeling of relevancy, Kohl’s CMO Greg Revelle tells Ad Age. “They’re able to spot trends more accurately and sooner.” More.

Google is getting it on all fronts. Less than a week after failing to make an appearance in Congress – lawmakers were not amused ­­– Google is the subject of a regulatory complaint brought by privacy-focused web browser Brave that aims to bring down ad tech under GDPR using the search giant as a test case. Every time someone visits a website, Brave argues, personal data that describes what they’re doing online is broadcast to tens or in some cases hundreds of companies without their knowledge in order to run RTB auctions. This, Brave says, is a clear violation of the GDPR requirement for personal data to be securely processed, including against data leakage. Google says it has already implemented robust privacy protections in concert with European regulators. But that don’t fly, at least according to Brave, whose chief policy officer, Johnny Ryan, called behavioral targeting the equivalent of “a massive and systematic data breach.” Reuters has more.

The European Parliament voted in favor of the Copyright Directive, with a final vote in January prior to enactment of the law by member states. The controversial legislation affords news companies the right to demand licensing fees when search and social media companies use snippets of their stories and would forbid video platforms like YouTube and Facebook from letting users share copyrighted content, The Verge reports. The political push has created strange bedfellows as bloggers, digital activist groups, academics and internet leaders like Wikipedia founder Jimmy Wales and World Wide Web inventor Timothy Berners-Lee have joined the Silicon Valley set to oppose the law. When Spain introduced a law requiring payments for news content in search results, Google shut down its news service in the country. More.

New Mexico’s attorney general filed a suit against Tiny Lab Productions, a children’s game app developer, and a slew of mobile advertising companies (Google’s AdMob, Twitter’s MoPub, AerServe, InMobi, AppLovin and ironSource), accusing the app maker and its marketing partners of breaking child privacy laws by collecting and sharing location data. A survey of 6,000 children’s game apps by University of California at Berkeley researchers earlier this year found most developers in the category run afoul of the Children’s Online Privacy Protection Act, reports The New York Times. Some apps gather location data by claiming to be “for families” as opposed to “for children,” and banking on kids saying they’re older than 13. “The distinction is important: Under privacy law, apps aimed at younger children are prohibited from tracking any users for ads without parental consent, but those intended for a general audience can ask players their age and track older users.” More.