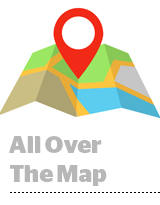 What was behind Alphabet’s big Q1 revenue miss? In the absence of a satisfactory explanation from management, Bloomberg considers five possibilities: (1) Google maxed out of the number of search ads it can serve to mobile devices; (2) YouTube users are clicking less, a negative trend referenced on the investor call; (3) YouTube’s “demonetization” of questionable content led to measurable revenue declines; (4) Safari’s Intelligent Tracking Prevention hurt ad monetization across Google’s properties and ad platform business; and (5) Amazon’s ad growth finally took a bite out of Alphabet’s business, as brands transferred spend from one platform to the other. More.

The Guardian Turns It Around

A mix of belt-tightening, online readership gains and a successful three-year plan helped Guardian Media Group turn revenue losses into a “modest” profit for 2018, The Drum reports. Between April 2016 and March 2019, page views surged from 790 million to 1.35 billion, while the number of paying supporters has reached 650,000, compared to less than 200,000 in 2015. “We are now in a sustainable position and better able to deliver on our purpose by producing outstanding journalism that understands and illuminates our times,” says Katharine Viner, the Guardian’s editor-in-chief. More.

Google My Business (GMB), the location-based service where stores, restaurants and other services list themselves for Google Maps and search, has become more ad-focused in the past year. Google launched Local Service Ads, so small businesses without a real retail presence (think plumbers, contractors and repair people) can promote themselves in local searches. Google also recently sent a survey to GMB users asking questions about their marketing activities and the features they’d prize in a paid version of the service. “That said, as with many of Google’s free offerings, GMB was never really free,” Street Fight reports. The data businesses push into GMB has helped cement Google’s status as the gold standard in mapping and navigation. “And many have viewed GMB as a gateway or loss leader that existed primarily in order to introduce businesses to Google advertising products.” More.