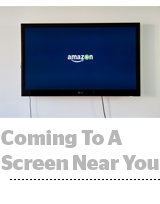 WPP Group CEO Mark Read has largely shunned the spotlight as he focuses on simplifying the holding company’s structure. He breaks the silence in an interview with The Wall Street Journal’s Suzanne Vranica. Among other tidbits, he says WPP is still interested in acquiring companies, in spite of consolidation moves such as the merger of JWT and Wunderman. “We are very open to acquisitions that strengthen either our creative or our technology skills, particularly in media,” he says. On the topic of privacy regulation, Read says the effects of new privacy regulations – while tough for marketers – will have a silver lining. “When it comes to ad measurement, optimization and targeting, we’re going to have to find new ways. A lot of clients also feel like they’ve targeted too narrowly on Facebook, so to some extent going back to broader metrics is better.” More.

Facebook is ramping up its marketing strategy with a huge boost in consumer ad spend as it strives to restore its reputation after a (will it ever end?) string of controversies. The platform is shaking up its roster of creative agencies for each of its brands as it plans to potentially double its ad spend over the next two to three years, CMO Antonio Lucio told The Wall Street Journal. Where Facebook used to contract shops for different projects, it’s now aiming for a consistent brand strategy for each of its apps in markets across the globe in what will be its largest consumer ad campaign yet. “We have not been able to build our brands directly to the consumer since the company started its journey, contrary to Google that’s been having direct-to-consumer communication for the last 10 years,” Lucio said. More.

Dealing with European antitrust regulators is old hat for Google and large US tech companies, but how will they handle similar scrutiny from US watchdogs and politicians? Google CEO Sundar Pichai cautioned against hampering large businesses solely “for the sake of regulating,” in an interview with CNN. For instance, large companies can invest in critical future categories, such as artificial intelligence and quantum computing without concern about short-term losses. European startups have also voiced concern about GDPR regulations favoring Silicon Valley giants, which have consumer-facing products and scaled first-party user data sets. Although neither Europe nor China are mentioned specifically, Pichai noted the link between national regulations and global tech leadership. “There are many countries around the world which aspire to be the next Silicon Valley, and they are supporting their companies too. So we have to balance both,” he said. “This doesn’t mean you don’t scrutinize large companies, but you have to balance it with the fact that you want big, successful companies as well.” More.

Amazon isn’t sleeping on connected TV. The ecommerce giant has been pitching agencies on the ability to use its DSP to layer in data for video buys with Fire TV OTT apps. Amazon takes 30% of the inventory from publishers that distribute on Fire TV and keeps all of the revenue associated with those sales. Buyers are eager to use Amazon’s rich sales data to buy TV-esque video inventory, but publishers and networks are wary of giving too much power to Amazon when it comes to selling their inventory, Digiday reports. “We’re getting buyers comfortable with using Amazon data in connected TV environments,” a network executive said. “Are we setting the market for them? Maybe, probably.” More.