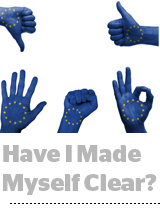 The IAB Europe published a blog post on Friday with the news that the Belgian data protection authority (the APD) will find the Transparency and Consent Framework (TCF), the industry mechanism for conveying consent signals in the bidstream, to be in breach of GDPR. The decision hinges on the IAB Europe’s classification as a data controller, as opposed to a data processor.

The APD apparently considers the trade group a controller, meaning it is liable for data security or privacy for TCF consent strings, whereas a processor is an intermediary that’s been granted rights by the controller to use consumer data in specific ways.

The decision will be reviewed by other European data protection authorities for a month, and IAB Europe will have six months to change its framework to comply with the ADP.

Still, such a ruling would be a big deal. The IAB Europe finally got Google on board with the TCF a year ago – a key step for monetizing open web inventory via Google demand. And a whole class of consent management platforms (CMPs) sprang up to manage TCF data signals.

The IAB Europe said in August it will expand CMP audits and suspend vendors before publishers or consumers raise red flags. As a data controller, though, that approach is still insufficient.

“Increasingly, the answer to that question is: It depends,” writes Simon Owens in his media and marketing newsletter. The evolution of this strategy is a dynamic paywall. Business stories, for instance, might trigger a paywall after a few freebies (those readers are more likely to pay, since they often expense the subscription), while someone who only peruses real estate listings may never see the paywall.

The Globe and Mail has an editorial-product crossover, VP Gordon Edall tells Owens. Editors classify stories as either fully paywalled (premium or hard-to-report stories people will pay for), general metered content or free if the subject is service journalism or “brand halo” stories that benefit the publisher by distribution.

“Surprisingly little is known yet about the effects of ad-blockers on consumers,” writes Emory University Business School prof Vilma Todri, who authored a study evaluating the consumer impacts of widespread ad-blocker usage, which will be published in the upcoming Marketing Science journal.

Obviously, ad-blocking users see far fewer online ads. But ad blocking’s effects are more tentacle-y. Digital media is the go-to vehicle for newer brands to get their names out there.

Ad blockers undercut newer, digital-native brands. Because ad-blocker users aren’t exposed to new companies online, they are more likely to default to the brands and purchases they’re used to. People with ad blockers don’t see new brands in search results and programmatic or social media placements, so they don’t buy them.

Because of this dynamic, ad blockers decrease overall consumer spending by $14.2 billion per year, Todri estimates.

How pop star Zara Larsson made a seven-figure sum selling on Roblox. [BBC]

Can social networks ever be friends again? [Protocol]

Investing in people is the future of VC. Here’s how to do it. [The Information]