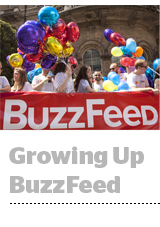 Some VC-backed digital news startups are taking a more businesslike approach. “I think we’ve seen a shift now toward more austerity [in digital media] because the focus now is not ‘can you outrun everyone,’ it’s ‘can you outlast everyone,’” BuzzFeed CEO Jonah Peretti said during a session at SXSW in Austin. He said BuzzFeed progressed on its first step, making its work with the big platforms financially sustainable, Variety reports. BuzzFeed generated $300 million last year, $84 million of which came from Facebook, Google, Amazon and Netflix. But more than $100 million came from business lines that didn’t exist in 2017, including its influencer and creators programs, a “product spotlight” commerce unit and brand integrations for original shows and news programs. More.

More companies are voicing complaints about having to defend their own brand names in online searches. The language learning company Rosetta Stone sued Google years ago for selling ads targeted against its name, arguing it was a trademark violation. Rosetta lost the case in state court but won an appeal and eventually settled with Google for an undisclosed sum. Such defensive keyword spending can sap ad budgets, especially when a strong rival is willing to pay whatever it takes to steal share, Bloomberg reports. Apps like Lyft and Uber or dating apps are locked in search ad standoffs that benefit Google most of all. “When it comes to brand keywords, some advertisers will spend beyond what makes sense. These decisions are not as rational,” says Mark Ballard, Merkle’s research VP. More. Amazon too, is betting big on conquesting.

Stagwell Group CEO Mark Penn is in talks to acquire MDC Partners and take over as chief executive. It’s MDC’s second strategic review in the past three years, and the agency holding company needs a turnaround after losing half its stock value in the past year. MDC has been challenged by cost-cutting clients and a heavy debt load. Penn, formerly Microsoft’s chief strategy officer and an advisor to the Clintons, launched Stagwell Group in 2015 with $250 million in funding. If he buys MDC, he’ll gain a stable of well-regarded creative agencies, including 72andSunny and Crispin Porter Bogusky, which would set him up as a “mini ad mogul” in his own right, The Wall Street Journal reports. If an agreement is reached, the two companies will remain separate entities, according to people familiar with the deal. More.