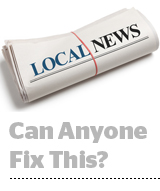 Browsers remain vulnerable to ad fraud and data breaches. The Washington Post reports that some browser extensions piggyback on basic web tools like comparison shopping, hotel price-scraping and password storage to pass data on browsing histories and online shopping. The worst of these extensions exposed medical histories, travel booking confirmations and tax documents. Google and Mozilla, which operate the Chrome and Firefox browsers, respectively, shut down leaky browser services when they were alerted by the Post, but that was just the “tip of the iceberg.” More.

More and more consumers are retreating to ad-free subscription services. So the ad industry is banking on ad-supported video-on-demand (AVOD) services like Tubi, Viacom’s Pluto TV and Xumo, which is co-owned by smart TV manufacturers Vizio and Panasonic, to win back some of that attention time for marketers. Because of that, those AVOD players have skated by without the audience verification standards expected from traditional TV broadcasters. Some AVOD startups claim millions, and even tens of millions, of active viewers, but the numbers can’t be confirmed. Platforms like Roku and Hulu report reach and overall impressions, but don’t delve into how they define reach and don’t break out the channels or devices where those impressions landed, The Wall Street Journal reports. Buyers will spend on platforms if the eyeballs are there, to a certain level, said Dunkin’ VP of media Keith Lusby, “but you’re not going to go too far until you have verification services.” More.

Google is going to launch a local news site in Youngstown, Ohio, with the help of McClatchy, as part of the ad platform’s commitment to fund sustainable news projects. Youngstown is up first because the last remaining local paper announced that it will cease operations at the end of the summer. Google dubbed the project “The Compass Initiative” and will fund two more news sites in areas without significant local news coverage. The local news relaunch is funded by Google News Initiative’s $300 million, multi-year commitment to revive local news. Read more.

Verizon Media is restructuring to diversify revenue away from advertising. CEO Guru Gowrappan’s goal is to reach an even split between advertising, subscriptions and ecommerce within five years. To get there, the group will re-launch Yahoo Mail and enable the ability to make purchases directly from Verizon Media properties. It will also continue to clean up click-baity articles and dubious content to attract advertisers and ecommerce partners, which could result in the sale of Tumblr, and is actively looking for new media properties to add to its portfolio, Reuters reports. And to avoid the ire of regulators in the European Union and the United States, it’s staying away from user generated content. But it will be an uphill climb for Verizon to bring its struggling web 1.0 properties like AOL and Yahoo back to prominence. “I can’t think of any brand as big as AOL that has come back,” said industry vet Merrill Brown. More.