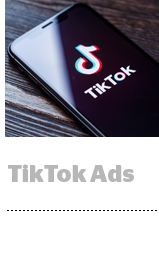 Vote With Your Feet

Mobile location data is gaining importance in US politics. Campaigns can now connect supporters at a rally or event to online audiences via mobile device IDs collected at the venue, a popular trick for campaigns with large rallies and social or email followings, The Wall Street Journal reports. The strategy allows supporters to be targeted much more effectively with follow-up fundraising requests. “It’s the marriage of the online and offline data about the individual – that’s the biggest force multiplier,” said Justin Miller, a political data consultant who worked on campaigns for Hillary Clinton and Barack Obama. More. The idea is hardly new. In 2016, AdExchanger reported the first use of mobile geofencing campaigns to target people waiting in line to vote, a nifty workaround for political campaign laws that forbid advertising within a radius of polling locations.

TikTok has 30 million monthly active users in the United States, 69% of whom are between 16 and 24 years old, according to an agency pitch deck obtained by Ad Age. The app offers five ad products, including a hashtag challenge, a brand takeover, an in-feed video, a branded lens and a full-screen takeover, which can be leveraged in campaigns that generally cost hundreds of thousands of dollars per day. Agencies think that is a bit steep. “It would be better if it cost about half as much,” an advertising exec said. TikTok is also building out an interest-based targeting offer using parent ByteDance’s first-party data. Brands are starting to do interesting executions on TikTok – a Guess Jeans campaign got 10.6 million views – but many still aren’t totally clear what the platform is all about. “Just because something is starting to gain traction, doesn’t mean brands should leap at the chance to advertise on the platform,” said Benjamin Stops, strategist at full-service agency Rauxa. More.

Anxiety is running high in ad tech right now. A new concern is that successful ad tech exits may be unbundled by parent companies trying to quit risky or unprofitable businesses before a potential recession, according to Digiday. In Europe especially, this unbundling could happen in the next year or so. The Dutch telco Altice is eyeing divestments, specifically its Teads video ad tech company. RTL Group, the European broadcaster, is reviewing its full ownership of SpotX. And News Corp’s News UK has hired a banker to oversee an auction for Unruly, a video SSP. “Each acquirer has its own nuanced reason for reassessing its ad tech plays. But the recent moves suggest acquiring companies are rethinking whether wholly owning ad tech assets is a winning strategy.” More.