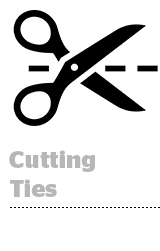 Marketers and agencies will lose access to third-party data integrations on Facebook on Oct. 1. As Digiday reports, ad buyers were never sure how much they were paying for that data when Facebook was making deals with providers, since those costs were tacked onto Facebook’s ad prices. Will they have to pay more now that they’re acquiring the data themselves? On the bright side, if buyers do know how much they’re paying for data, they can lobby providers for lower prices. “It’s gotten a little bit more complicated on a forecast level, but the transparency is definitely good because [advertisers] know exactly what data they’re buying and using,” said Jenny Son, GM of social media at direct response agency Wpromote. “So overall, this is a good thing.” More.

Google responded to concerns raised by US senators about potential privacy issues if the company or third-party plug-ins can scan and share data from Gmail users’ emails. Google reiterated in its letter to the senators that it no longer scans emails for ad targeting, a practice it quit last year, reports The Wall Street Journal. But Google didn’t indicate it would change its current policy allowing developers with user permission to process emails for their own services and share with third parties. Locking down email content entirely would have a far-reaching impact on many developers, like shopping email services and price-scraping deal apps that make money by glimpsing transaction data in emailed receipts (which is why Amazon doesn’t include receipt data in the body of its emails). More.

A FIne Time To Be Alive

Usually Google gets the bulk of attention from EU regulators. But it’s Facebook that received a stern warning Thursday to comply with the government’s consumer rules by the end of the year or face sanctions. “My patience has reached its limit,” EU Commissioner Vĕra Jourová told Reuters in a statement. “While Facebook assured me to finally adapt any remaining misleading terms of services by December, this has been ongoing for too long. It is now time for action and no more promises. If the changes are not fully implemented by the end of the year, I call on consumer authorities to act swiftly and sanction the company.” More.