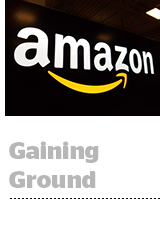 Marketers are projected to spend $4.6 billion on Amazon’s ad platform this year, about 4.2% of the online advertising market, propelling Amazon past Oath and Microsoft at 3.3% and 4.1%, respectively, according to eMarketer’s 2018 industry forecast. That being said, Amazon, Microsoft and Oath combined account for barely half of Facebook’s market share and less than a third of Google’s. And while Amazon’s advertising percent growth rate is relatively high, since it’s growing from the mere hundreds of millions of dollars to low billions, Google and Facebook are still outgrowing their competitive set. More.

Facebook let advertisers target job ads to only men in cities across the United States. In a survey of 91 Facebook job ads, ProPublica found just one targeting women and three not targeted to a specific gender. ProPublica tallied 15 companies, including Uber, the Pennsylvania State Police and a Michigan-based truck company, that targeted ads on Facebook exclusively to men in the past year. Gender-based employee ad targeting was made illegal by the Supreme Court in 1973. The ACLU, Communication Workers of America and employment law firm Outten & Golden filed a complaint with the Equal Employment Opportunity Commission on Tuesday accusing Facebook of breaking the law by publishing the ads. “The ads themselves are illegal,” said ACLU lawyer Galen Sherwin. “It’s been established for five decades.” More.

Reps. David Cicilline (D-RI) and Jeff Fortenberry (R-NE) sent a letter to Google CEO Sundar Pichai warning that YouTube’s policy for collecting data on children may be in violation of COPPA. Read it. The letter is in response to an April complaint by the FTC that YouTube collects information location and device type on children under 13 without parental permission, and then sells that data to advertisers. While YouTube technically restricts children under 13 from using its platform, kids can easily lie about their age to create an account or sign on to someone else’s. Cicilline and Fortenberry ask Google to respond to questions about whether children’s programs on YouTube prevent data collection, why the platform doesn’t have an age gate for accessing content and how the platform determines that a user is a child. CNET has more.

Google and T-Mobile announced a deal to improve the speed and veracity of location data provided to 911 operators from calls by Android smartphone owners. “While landlines deliver an exact address, cellphones typically register only an estimated location provided by wireless carriers that can be as wide as a few hundred yards and imprecise indoors,” reports The Wall Street Journal. This deal doesn’t involve advertising, but there are shared benefits as the companies improve baseline location standards. A similar test between Google and RapidSOS, a 911 call center server technology company, narrowed the average radius of an emergency caller’s location from 522 feet to 121 feet. More.