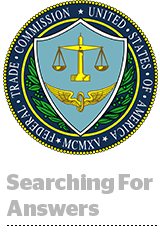 US Sen. Orrin Hatch (R-Utah) sent a letter to the chairman of the Federal Trade Commission Thursday calling for an investigation into whether Google’s dominance in search and digital advertising is suppressing competition in the market, The Hill reports. Hatch’s concerns range from reports of Google restricting competing advertising services from using its platforms to its now-banned practice of collecting data from Android and Gmail users. “Although these reports concern different aspects of Google’s business, many relate to the company’s dominant position in search and accumulating vast amounts of personal data,” Hatch wrote. Read the letter.

The Price Of Free

Consumers often know that when they’re accessing free services online, they’re actually paying with their personal data. Asian coffee chain Shiru Cafe is taking that logic to brick-and-mortar stores, Digiday reports. The coffee shop, which recently opened its first US store on Brown University’s campus in Providence, RI, is handing out free coffee in exchange for customer names, dates of birth and work histories. Shiru passes on that data to brands, which use it to advertise on its site or recruit new hires at student events. The data-as-a-currency model works well on college campuses, where cash-strapped students appreciate Shiru’s transparency – and a cup of free coffee. “I’m giving tons of organizations my data and not getting any goods or services back,” said Jacqueline Goldman, a Brown grad student and Shiru customer. “Shiru is being transparent.” More.

How do AT&T’s plans for TV influence its advertising initiatives? In short, by increasing engagement it can increase ad prices, which will help pay for programming and make subscriptions more viable. This philosophy applies in particular to mid-range streaming television, which tends to run from $30 to $80. “To trade off the costs of that bundle and the profitability at lower revenue, that will be ad-subsidized,” said AT&T Communications CEO John Donovan in an interview with The Information. Read more.

Twitter updated its US issue ads policy Thursday to require certification for ads that “advocate for legislative issues of national importance,” including abortion, climate change, civil rights, guns, health care, immigration, national security, social security, taxes and trade. Previously, Twitter only required disclosures for issue ads referring to an election or a specific candidate. Certified buyers must disclose their identities and locations to Twitter, which will run issue ads with disclosure in the feed. News organizations reporting on these topics will not be required to certify advertising on Twitter. Read the blog post.