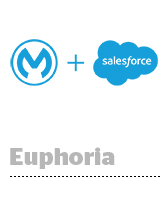 Of MuleSoft And Metallica

“Nearly universal euphoria.” Those are the words Salesforce co-CEO Keith Block used on the company’s Q2 earnings call Wednesday to describe how Salesforce’s customers feel about its $6.5 billion acquisition of MuleSoft. “We listen to our customers,” Block told investors. “That is why we made this acquisition.” Brands have boatloads of data locked into different legacy systems and they need to set it free if they’re going to achieve digital transformation. “If they can’t get access to the data and leverage the strength of the data, they will miss out,” Block said. MuleSoft contributed $122 million to overall revenue for the quarter, which clocked in at nearly $3.3 billion, a 27% uptick. But despite beating the street on revenue, Salesforce stock was down slightly in after-hours trading based on missed guidance for Q3. In other news, Marc Benioff plugged the fact that Metallica will be the headline musical act at Dreamforce in September.

Amazon is launching an ad-supported video network for the 48 million users of its Fire TV streaming device. The channel, which is being developed by IMDB and will tentatively be called Free Dive, will be separate from Amazon’s subscription Prime Video service. Amazon is already in talks with major TV studios to license episodes of older shows, The Information reports. Free Dive looks a lot like Roku’s native ad-supported video app, the Roku Channel, which drove the majority of the company’s $90 million in ad revenue last quarter. Amazon is slowly beginning to open up more ad-supported video inventory as it guns for a chunk of the $70 billion TV ad market, which yields better margins than its ecommerce business. More.

As publishers struggle to sustain themselves on advertising alone, many are getting creative in launching new revenue streams. After announcing earlier this week that its news arm would start asking readers for donations, BuzzFeed on Wednesday launched an affiliate product review site, from which it will take a cut of revenue for all online purchases, The Wall Street Journal reports. Meanwhile, digital publisher Quartz launched a $15-per-month subscription newsletter that aims to capitalize on readers’ thirst for information, and general confusion, around cryptocurrencies. “Despite surging interest in them, cryptocurrencies remain opaque to most potential investors,” said Kevin Delaney, co-president and editor-in-chief at Quartz. “It’s surprisingly difficult to find clear and useful information on the web.” More at WSJ.

Speaking of new revenue streams, the still-nascent podcasting channel has yielded big gains for publishers that hit on the right formula. The New York Times’ smash “The Daily” has drawn 5 million unique listeners since its launch in 2017. The show’s success has propelled the Times into additional channels, such as TV, where its 30-minute show “The Weekly” will air on Hulu and FX later this year. This fall, the Times will promote “The Daily” with a marketing blitz across across YouTube, Hulu and linear TV, as well as streaming and terrestrial radio. More at MediaPost.