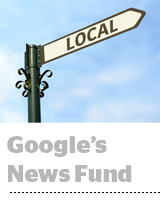 Personalized advertising may not be working as well as promised for publishers. Media companies receive just 4% more revenue for a cookie-based targeted ad than a nontargeted ad, according to a joint study on behavioral advertising conducted by the University of Minnesota, University of California, Irvine and Carnegie Mellon. The study, which tracked millions of ad transactions at a media company over one week, challenges assumptions about the positive impact of ad tech on publisher revenue. The findings could influence regulators or politicians grappling with online privacy laws, The Wall Street Journal reports. “All of these externalities with regard to the ad economy – the harm to privacy, the expansion of government surveillance, the ability to micro-target and drive divisive content – were often justified to the industry because of this ‘huge’ value to publishers,” said Ashkan Soltani, an author of the California Consumer Privacy Act and former chief technologist for the FTC. More. And, read the full paper. Go deeper: Former Facebooker Antonio Garcia Martinez’s penned an instructive Twitter thread on the study.

Speakers at this year’s ad:tech Sydney conference suggested that marketers embrace the Sturm und Drang of new media. Regimented budgets and predetermined line items no longer make sense for media planners, said Ana Milicevic, principal and co-founder of the consultancy Sparrow Advisers. “We need to try to get ourselves out of that frame of thinking and be much more flexible,” she said. “We need to think like a consumer more often.” Social media marketing is another area where marketers need to loosen their old standards of control over a campaign, according to Pamela Kaupinen, SVP of strategy at HelloSociety, an influencer marketing agency owned by The New York Times. Brands should view influencers as social creators and give them more say over the content in sponsored campaigns, reports Marketing, an Australian industry trade. More.

Google is broadening its Google News Initiative (GNI) to North America. The GNI is a fund created by Google in 2015 that to date has distributed around $156 million to European news companies, Nieman Lab reports. Projects that generate revenue and/or increase audience engagement for local news will receive up to $300,000 in funding, according to a Google blog post. Google first announced the fund shortly after the EU leveled its first antitrust charges against the company. The expansion of Google’s initiative to North America comes at a time when public opinion is turning against large tech companies on both sides of the Atlantic. More.