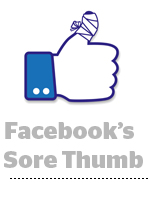 Facebook has harvested 1.5 million email contacts without user knowledge or consent since May 2016. The company said the data was “unintentionally uploaded” through a security feature that asked users to enter their email addresses to verify their identity, Business Insider reports. The feature, which has been discontinued, did not give users a way to opt out of having the information collected. Facebook couldn’t read the contents of emails from the addresses it collected, but was able to use the information to enhance its ad targeting and user identity graph (but of course). It’s unclear how many people were actually impacted as one email address can have hundreds of contacts stored in its account. Facebook will notify all 1.5 million affected users over the next few days and delete their emails from the system. More.

Six apps developed by DU Group, a Chinese mobile company spun out of Baidu last year, have been committing ad fraud and abusing user data, BuzzFeed reports. The apps took advantage of AdMob and MoPub, the mobile ad networks of Google and Twitter, respectively, by dropping code that simulated an ad being clicked or an app installation. The apps also did not disclose that data was being sent back to DU Group in China, in violation of Play Store policy. This isn’t the first mobile ad fraud operation connected to large Chinese tech companies. Last year, BuzzFeed reported that eight apps developed by Cheetah Mobile and Kika Tech, two large Chinese mobile startups, were committing attribution fraud, claiming unearned credit for app installations. More. The Android Developers blog posted an update with tips on how to implement a more rigorous vetting process to “prevent bad-faith developers from gaming our systems.”

We Play Friends On TV

Amazon and Google have signed peace terms that will make each company’s streaming and OTT video assets available on the other’s platform later this year. The YouTube app and YouTube TV, Google’s subscription skinny bundle, will come to Amazon Fire TV devices and smart TVs with the Amazon TV operating system built in. On the flip side, the Prime Video app will be available for Chromecast users and with Android TV, Google’s smart TV software. Read the release. Amazon came to a similar truce in 2017 to integrate with Apple TV, followed by an agreement last year as part of a larger first-party merchant deal to sell Apple products in its marketplace. More at TechCrunch.