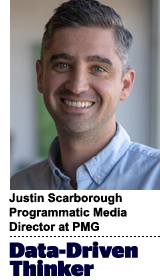 At the start of the year I met with many partners, clients and industry leaders about the state of digital media. While many conversations centered on topics such as automation, artificial intelligence and talent woes, the most consistent theme was the future of privacy and data governance.

And with that, it’s become painfully obvious to me that the industry is stuck in a state of cognitive dissonance.

While our organizations and the industry at large talk about what the future looks like, the stark reality is that there’s actually very little buyers and brands can do in our day to day to prepare for the real possibility of a post-cookie, heavily regulated world. And when we do talk about what we should be doing to prepare or pivot, the lack of industry consensus or clear path forward makes it largely impossible to do anything other than sit and wait.

I realize that there are many organizations actively working in industry coalitions, such as DigiTrust and the Advertising ID Consortium, and I hope that those efforts bear fruit. The IAB continues to lead in this capacity, which helps me sleep a little better at night.

But state legislation is moving faster than we are, and building consensus is hard enough with two organizations, much less the entire industry. Not only do we have to worry about the potential impact to marketers’ bottom lines, but the prospect of complying on a state-by-state basis in lieu of a national, industrywide standard sounds like a total nightmare.

The biggest issue today is that the lack of movement or consensus is largely driven by conflicting motives to maximize short-term profit. I get the sense that many organizations are paying lip service to being privacy- and policy-compliant: claiming to have the best interests of the consumer in mind, all while continuing to drink from the data firehose and maximizing revenues.

This is not to point fingers, but rather to acknowledge that there are very few ad tech firms that would be willing to change the way they harvest and protect data if it would have a significant revenue impact.

Without a heavy hand in Washington (in a promising development, the Government Accountability Office recently recommended a GDPR-style privacy law), significant preparation for what might lie ahead for data collection and usage may continue to be highly fragmented, split between the IAB and tech companies choosing to pave their own paths. That makes the uncertainty of the future both head-scratching and terrifying for marketers and agencies.

Google and Facebook will figure this out, and they have enough people at the state level and in Washington to ensure a compliant future. The question is whether the rest of the industry can get aligned before it’s too late. Since buyers and brands hold the purse strings, the one thing we must do is educate ourselves on the issues and push for consensus.