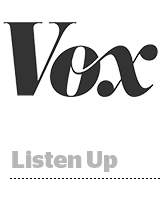 Vox is extending its bet on podcast revenue. The digital news startup, which has 75 programs in its podcast stable, inked a multimillion-dollar deal with Stitcher on Tuesday to produce and monetize podcast series from Recode, Axios reports. Stitcher will handle ad sales for the show, which will run two to three times per week, and split the revenue with Vox. The deal builds on Vox’s pre-existing partnership with Stitcher, which is trying to create a stand-alone podcast network as its rivals are snapped up by media companies like Spotify and iHeartMedia. Podcast revenue tripled in 2018 and is now an eight-figure business on pace to double again this year, according to Vox Media President Marty Moe. “Our podcast strategy mirrors exactly what we’re doing with television,” he says. “We’re building a studio, scaling deals, competing with major studios to supply the modern programming ecosystem.” More.

When the investment bank 3G Capital combined Kraft and Heinz in 2015, it was one of the first CPG industry mega-mergers promising financial improvements by cutting costs and increasing brand scale. It’s a strategy 3G previously used with the brewing conglomerate AB InBev and Restaurant Brands International, which operates fast-food chains like Burger King, Popeyes and Tim Hortons. But with Kraft Heinz shares down by almost half since 2015 and market share suffering as well, some analysts are pushing back on marketing cutbacks and tactics like zero-based budgeting that improved bottom lines but may have diminished growth at a time when DTC startups are capturing younger consumers. “This concept that ‘they cut too much’: I’m actually growing where I believe there is value and decreasing where I believe there is not,” Heinz Kraft CEO Bernardo Hees tells the Financial Times. “We started accelerating our growth agenda. … We decided to invest more.” More.

Procter & Gamble is expanding its direct-to-consumer laundry service operated by Tide, the laundry detergent brand, after testing the drop-and-go washing program in select cities. The plan is to double the number of locations nationally to more than 2,000 by next year, since younger people spend less time (and money) washing clothes and out-of-home washing is a growth category, Ad Age reports. The service is relatively expensive (about four times more per load than washing at home), but also attracts younger people who can’t afford in-unit washers and dryers, says Sundar Raman, P&G’s North America VP of fabric care. The new Tide program won’t get a national media push, but will focus on “performance” channels, Raman says – including direct mail, email and in-store marketing – that are more addressable and align with DTC brands. More.