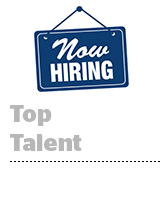 The overarching trend of brands in-housing marketing technology operations isn’t great for agencies and tech vendors. But one thing working in their favor is the challenge many brands now face securing top programmatic and data-driven talent. The pharmaceutical giant Bayer would like to more than double its 10-person programmatic and analytics team, but finding and convincing people with the right experience to move to the brand side requires patience and lots of cash, Digiday reports. The in-house agency group for The Wonderful Company, a brand holding company, had to remove its hiring efforts from the general HR and recruitment pipeline, since evaluating and attracting the right people requires specific, hands-on knowledge of digital media. And blue-chip brands like McDonald’s and GE have recently moved headquarters from suburban locations into nearby cities as a way to improve retention and hiring for young, data-savvy talent. More.

Fly On The Wall

Many connected TV owners don’t realize how much of their TV viewing is being processed and used for marketing. Samba TV, one of the bigger players in the new field of smart-TV viewership tracking, embeds its software with manufacturers including Sony, Sharp and Philips. It can then identify other devices, like smartphones or smart speakers, that share the TV’s internet service connection and retarget people who viewed certain shows or commercials on those other devices, Sapna Maheshwari reports for The New York Times. “If it sounds a lot like the internet – a company with little name recognition tracking your behavior, then slicing and dicing it to sell ads – that’s the point. But consumers do not typically expect the so-called idiot box to be a savant.” More.

AT&T is obligated not to unfairly leverage Time Warner media in negotiations with rivals, but there are other advantages to be gained from cross-promoting content. For instance, NBCU’s broadcast of the 2016 Olympics featured heavily in Comcast ad campaigns that year and helped drive a 27% viewership increase in Comcast homes with smart TVs, the Los Angeles Times reports. AT&T stores already feature Time Warner-owned properties like HBO and the DC Comics Justice League. Disney has likewise lucratively funneled Pixar and Marvel productions through its distribution, marketing and merchandising machine. “I believe the days when you can just create premium content and be a wholesaler of that content, those are over,” AT&T CEO Randall Stephenson recently told investors. “I don’t believe that’s a sustainable business model.” More.