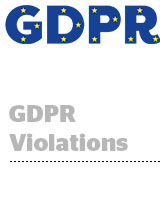 Summer Of Our Missed Consent

Google is causing consternation and potential GDPR violations by delaying its implementation of the IAB Europe Transparency and Consent Framework, a collaborative model for publishers to gather consent and transmit that consent up the supply chain, Reuters reports. Google promised to fully integrate with the industry framework by August, but its interim solution restricts consent gathered through the framework to the Google stack. Some ad tech executives say it’s led to situations where supply chain partners without consent enabled targeted advertising, exposing all intermediaries to GDPR scrutiny. Read more. Bigger exchanges and companies that work closely with Google have worked out case-by-case consent integrations, but the ad tech industry and ad tech’s 800-pound gorilla are still having trouble communicating. “Once Google adopts the consent framework, much of the confusion will start to settle down a bit,” said Sovrn CEO Walter Knapp.

Ousted WPP CEO Martin Sorrell is wasting no time looking for agencies to fill his new shell company, S4 Capital. Financial Times reports he’s got his eye on the Dutch digital production agency MediaMonks, which boasts clients like Audi, Mercedes-Benz and Lego. But S4 has competition. WPP apparently sees value in MediaMonks too, and the two companies are engaged in a $350 million bidding war for ownership, according to Sky News. Sorrell has repeatedly said that S4 won’t compete directly with WPP. “I've referred to it [S4] being a peanut," he told an audience in Cannes. "Although it does occur to me that some people have peanut allergies." More.

Marketers have to rethink “reach,” which is no longer a useful proxy for campaign success. “TV reach is TV reach; you’re just reaching a mass audience,” Eddie Revis, senior director of marketing communications for Chobani, tells The Drum. For digital media, reach is still a good way to measure a segmented part of the overall audience. A recent case study for the studio STX, for instance, highlighted a movie trailer reaching 90% of moms on the platform. Brands indulge agencies’ obsession with media metrics but actually care about business metrics, said Todd Alchin, chief creative strategist at the agency Noble People. “Reach is a media metric; Market share and penetration are business metrics.” More.