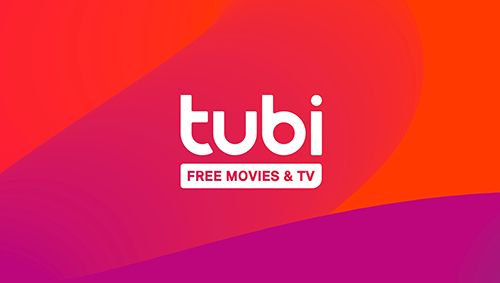 Fox Corporation is aggressively pushing to make Tubi, the streaming ad-supported platform it picked up for $440 million last year, a billion-dollar AVOD business in just a few years.

On the company’s Q2 earnings call, CEO Lachlan Murdoch laid out a bold agenda for the streaming platform, saying that Fox would continue to invest heavily in Tubi to make it the “AVOD platform of choice for viewers and digital advertisers alike.”

Tubi, he said, is already on track to more than double its revenue and exceed $300 million in the current fiscal year.

“Tubi is an exciting growth engine and key strategic platform for not only our digital expansion but also our broader reimagining of Fox’s broadcast model for the future,” he said. “With Tubi as part of our portfolio, Fox broadens from being the leader in broadcast network television into a leader in linear and streaming ecosystems.”

Murdoch said Fox is embracing AVOD as its DTC strategy due to a competitive SVOD market.

“We see the SVOD competitive set as the potential to lose billions of dollars – we see it as very crowded and hard to stand apart and differentiate ourselves within SVOD,” he said. “We expect to win in AVOD … and be the leading AVOD player in this country, and we expect to be able to do it by reinvesting our profits, but not by losing billions of dollars in programming costs or other costs in the time it takes to break even.”

He added that Tubi’s vast content library caters to a broad audience, with Fox strategically adding marque titles, such as “The Masked Singer,” which he said “added reach for advertisers, delivered significant view time and brought in advertisers seeking to be associated with a young, diverse, and complementary audience.”

Murdoch said Tubi is also enhancing its ad technology to provide better data and results for digital advertisers, with more tech offerings rolling out in the months ahead.

“Rather than continuing to show the same ad to the same viewers – often the case with AVOD platforms – Tubi’s tool enabled the insurance company to advertise to nearly 100,000 more households within the same ad buy,” he said. “These compelling results led the insurance brand to make a multi-million-dollar ad commitment to Tubi throughout 2021.”

Advertisers have been finding their way to Tubi via other Fox brands. For instance, 50 new Tubi advertisers chose to buy during the recent upfront season.

“By combining Tubi into our portfolio of advertisers, we’ve reached brands that may have been unfamiliar with Tubi’s unique and additive audience,” he said.

Tubi has about 33 million monthly viewers, and Murdoch said total view time on Tubi increased by nearly 70% during the first half of the year.

Though Fox beat earnings estimates, quarterly net income fell from $314 million in Q2 2019 to $230 million, which Fox attributed to a drop in operational revenue separate from its main media operations.

Elsewhere, Murdoch said Fox News had no plans to change its strategy post-Trump and would maintain its “center-right” political orientation.

Fox News has slipped from its No. 1 ratings perch since the Nov. 3 presidential election, and the network is facing a $2.7 billion lawsuit from election data firm Smartmatic following claims of election fraud.

“We believe where we’re targeted to the center-right is exactly where we should be targeted,” Murdoch said. “I don’t believe we need to go further right … we’re obviously not going to pivot left.”