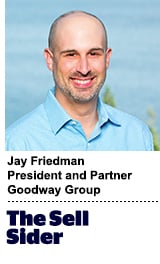 Amazon bought Sizmek’s ad server and dynamic creative optimization (DCO) tool last week. If you’re not a Sizmek customer, this may not seem like a big deal. And at the moment, as Sizmek continues to operate separately from Amazon, that would be true.

How Amazon, Google and most big tech companies run their businesses sheds light on a key reason behind the Sizmek acquisition.

Google is no different, although its path toward accomplishing dominance has been different. It wasn’t enough to own Google Maps, so it acquired Waze to ensure that it owned the market. Header bidding illustrated how being the most dominant buy-side and sell-side company in the ads ecosystem wasn’t enough, so Google merged how publishers use AdX and DoubleClick for Publishers into one product – Google Ad Manager – to make them inseparable.

While most of us have been focusing on ad quality, in-housing and ad tracking vs. privacy, tech giants have been busy locking down a significantly larger playing field.

Ask any publisher what it would take to move away from Google Ad Manager and the answer isn’t about the product itself or how it serves their business. Often, a top answer deals with the demand that Google brings through its buy-side and exchange-related dominance. No publisher is willing to flip a switch and gamble that the Google demand will flow equally through someone else’s pipes.

Amazon has its Transparent Ad Marketplace. While not a full-fledged publisher ad server, it’s certainly moving that way and can do much of what Google Ad Manager does. The problem for Amazon is that it doesn’t have the demand flowing through its pipes for publishers to remotely consider it an equal to Google, much less to force an either/or decision.

For Amazon, buying Sizmek isn’t about acquiring its customer base. Buying Sizmek isn’t even really about buying a piece of great technology. Buying Sizmek gives Amazon a meaningful boost in going to market with a full suite of tools that digital marketers can use. And, maybe, they will eventually use it more often than Google.

To capture the publisher side of the market, Amazon must offer them what they want most: demand.

Imagine all planes in the United States were required to stop at one single airport that was privately controlled. That doesn’t mean there’s abuse, but the potential for it increases. Because Google has such dominance from the publisher ad server line down through site-side analytics, its dominance could actually be something Google itself doesn’t want in the long run.

While the EU has levied fines against Google and Facebook before, the US Department of Justice (DOJ) tends to take a more hands-off approach. Now that the DOJ has announced it’s considering a probe into Google’s practices, perhaps it’s time to reconsider its winner-take-all approach and welcome Amazon’s entry into this category.

In fact, I’d argue it’s in both Google’s and Amazon’s interest for Amazon to gain market share in the publisher ad server market. It could prolong their respective dominance in other areas because that would create an image of competition for the US Department of Justice – rather than that of a monopoly. This is especially important for Amazon, as it could then own the entire path from content creation and product placement via Prime Studios, to bidding and delivery in its DSP, to measuring sales on its platform.

Moderating growth for long-term survival is not a language typically spoken by big tech. If it’s the language that enables sustained dominance, is it one that Google and Amazon can each learn?