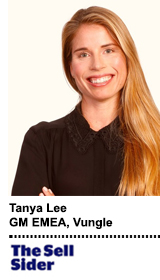 Change provides opportunity for those who are able to adjust quickly and effectively. Apple’s change to the IDFA in iOS 14 will allow many app publishers to thrive in ways that they were unable to before.

There are exceptions. If your app attracts niche audiences, it might need a hyper-targeted ad strategy to drive growth. If your app revenue relies exclusively on "whale targeting," or reaching high-LTV users, Apple’s changes might pose real challenges to tried and tested strategies.

Yet there are a number of app categories that stand to benefit from IDFA changes. Let's make some educated guesses about which ones could get a boost from Apple’s policy changes.

Apps that succeed at remarketing

Retargeting has been an important strategy to rope back in big spenders or high-value users that haven’t opened your app in a while but aren’t quite ready to quit it yet.

Without IDFA, retargeting will be practically impossible, making it more important than ever to get really good at remarketing to existing users before they churn in the first place. The apps that are effective at engaging users through LiveOps (the enhancements and additions to a game after it goes live), push notifications and other remarketing techniques will be able to keep people using their apps, making it easier to succeed in the post-IDFA era.

Apps with a strong FTUE

The First Time User Experience (FTUE) is already a crucial step in the user journey, but in the new landscape it will become more important.

SKAdNetwork, the tracking solution Apple has proposed to attribute impressions and clicks to installs, is designed with complex timers for conversions. The conversion value parameter included in the SKAdNetwork postback has a 24-hour timer that is reset by designated in-app events defined by the advertiser.

This approach will be impactful for higher long-term value (LTV) apps where events like In-App Purchases (IAPs) or subscriptions occur later in the install experience, which would excessively delay postbacks (the URLs used to track conversion events).

If developers can encourage conversion events quickly, within their FTUE, they’ll know which ad campaigns are working, and they’ll have a distinct advantage over those apps that take longer to convert new users.

When it comes to ad creative, the new era will make it more important than ever for app developers to advertise their apps with ad creative.

Accomplishing these two goals will enable app marketers to attract the right type of user, but also make sure that their app delivers on the feelings and experiences promised in their ad creative.

Retention and monetization will improve with more efficient ad creatives, which will become crucial when advertisers are limited to just the 100 campaign IDs allowed by SKAdNetwork.

This sort of attribution will require advanced data science teams to take in all of the available data and make accurate assumptions based on their analysis. In order to preserve LTV, publishers will need to either build these capabilities in-house or partner with companies that can do it for them.

Apps that appeal to a broad audience

Without the ability to target by IDFA, apps that were built for niche audiences are likely to struggle to find their user base. They will have to rely more heavily on guidance from their ad network partners to help identify contexts with relevant, high-value users.

Apps that appeal to a broad user base, however -- such as utility apps or music apps -- will be less impacted, as their advertising strategies will remain largely the same. When your audience comes from a diverse mix of demographic and psychographic profiles, the need for deterministic identifiers such as IDFA is less important.

Surely other types of apps will succeed without IDFA, but the future is anything but certain. The best thing for app marketers to do for now is to hedge their bets by diversifying the platforms, ad channels and overall strategies that they employ. Diversify, and be ready to embrace the solutions that work best.