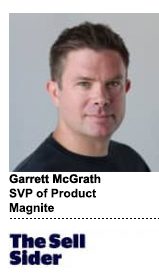 With the deprecation of third-party cookies, there’s a scramble to find a replacement.

While various alternative identifiers have emerged that can effectively reach audiences and measure performance, the identity landscape is still in flux. Expecting one solution to become a silver bullet is unreasonable.

User-shared first-party data (such as email logins) can be part of a greater strategy. But this approach is unlikely to gain critical mass on its own, particularly in Europe, which has more stringent privacy regulations than the US. More importantly, the internet is designed to be anonymous, open and free. Forcing users to unlock gated content with logins is likely to have scale challenges.

Solving for identity will require a range of solutions working in concert to convey addressable audiences, be it first-party signals, hashed email-based IDs, cohorts, or something else. Implementing these solutions will require a portfolio-based approach – one in which data is passed through the bidstream in a safe way.

Regardless of the ID solution, publishers and buyers are going to want to bring their own data to “plug-and-play” into the bidstream in a privacy-protected manner. Ad tech infrastructure will need to support this to optimize monetization and ad efficacy.

Audience creation moves to the sell side

In an anonymous-by-default internet, marketers will still want to effectively reach audiences and measure ad performance. Publishers will want to fully monetize their inventory by presenting addressable audiences to buyers. Neither of these goals are going away.

But without third-party cookies, the buy side will no longer be able to create and transmit audience segments based on third-party data. This means the sell side will play a larger role in audience creation.

To help brands reach addressable audiences at scale, publisher-controlled, first-party data will play a key role. Publishers should own – and share – this data on their terms. They should also know how an ID is being created. In general, first-party identifiers should be transparent, privacy-forward and, most importantly, controlled by the publisher.

Exchanges and sell-side platforms should also remain ID agnostic. This way, they’ll be in a better position to support both buyers and sellers and provide an activation path for first-party data, giving publishers a means of attaching matched data to an ad opportunity and presenting it to a buyer in a privacy-forward manner.

As the cookie goes away, the industry should focus on making transacting against a range of identity signals as frictionless as possible. This means becoming fluent with a myriad of IDs so audience data can be represented and transmitted efficiently. Playing catchup (i.e., scrambling to integrate with a new solution only when forced to) will create unnecessary steps, clogging monetization pipes.

Ultimately, while consolidation is certainly happening around identity, part of what makes independent ad tech so innovative is its diversity. Limiting identity to one or two solutions will make the supply path even more siloed and fractured when collaboration and common standards are in order.

As the industry navigates a sea change regarding identity, a portfolio-based approach will best serve both demand and supply, delivering targeted ads to audiences at scale.