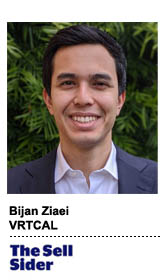 Today’s column is written by Bijan Ziaei, director of demand partnerships at VRTCAL.

Publishers, advertisers and ad tech vendors all support reducing ad fraud and increasing marketplace transparency. Yet, one of our most powerful tools, ads.cert, remains on the sidelines.

And we need to kick-start adoption.

We need ads.cert because ad fraud is difficult to measure

Earlier this year, the ISBA released a report on the United Kingdom’s programmatic supply chain which found that 15% of spending was “untraceable.” Perhaps even more alarming, 88% of the 267 million impressions analyzed couldn’t be matched or properly investigated.

So while publishers and advertisers are victims of ad fraud, the extent of the fraud can’t be measured. While various kinds of fraud hamper the supply chain, we’re left to speculate, largely through anecdotal evidence, about which forms are the most common and costly.

Where should we put our resources to disrupt fraudsters? Should we prioritize fighting domain spoofing or unauthorized inventory sales? What about ad format fraud? The deceptive practice of repackaging display requests to sell as “premium” video for higher CPMs is one that surely hurts our industry.

We ought to be able to answer how widespread each type of fraud is, and how much money it siphons out of the supply chain, but we can’t because the information we need isn’t available with the current set of anti-fraud tools.

Why is ads.cert such a powerful tool?

While ads.txt and app-ads.txt let publishers whitelist approved advertisers and resellers, neither validates the information that passes between the buyer and seller. Going one step further, sellers.json and the OpenRTB SupplyChain object help buyers authenticate each authorized reseller but not the actual information passed in the bid request.

But you need to use ads.cert to delve into supply chain data, such as domain, location, IP address, device, position on the page, impression type and other variables that inform the value of the impression.

According to the IAB Lab, ads.cert standardizes the use of cryptographically signed bid requests to address multiple types of fraud that are predicated on manipulating these types of data. While tools such as ads.txt validate parties to the transaction, ads.cert empowers those parties to validate the key elements of the transaction itself. Or, as the IAB put it, “Together, these technologies are a powerful combination in fighting fraud to allow buyers to check for authenticity and authorization of the sales channel.”

Why haven’t we made progress?

It’s been three years since the IAB put ads.cert on the industry radar. Initially, it hoped that ads.cert adoption would occur in early 2019. But here we are in Q3 of 2020 and ads.cert remains sidelined.

Sadly, the roadblock to ads.cert adoption seems to be inertia. Unlike the SupplyChain object, ads.cert requires the adoption of OpenRTB 3.0, which is not backward compatible. That means that as a technical matter we can’t move piecemeal against fraud. Instead, our industry has to move in unison, and more crucially, we need the biggest players in our industry to commit to OpenRTB 3.0.

But if we can’t measure fraud, those industry giants continue to justify the status quo because they can’t quantify the ROI in combating fraud. It’s an unfortunate Catch-22.

Eventually, we’ll move beyond this flawed logic. We’ll adopt OpenRTB 3.0 and ads.cert not because doing so will meet ROI projections, but because progress on new industry standards is as inevitable as it is slow. The question is, why should we wait around for a good thing that we’re going to do anyway? As it turns out, there’s no good answer, and the longer we wait, the more we allow our industry to fall victim to fraud