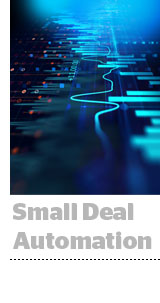 Automation allows Facebook and Google to capture significant ad revenue from small buyers. But for publishers like the FT, managing those campaigns requires tremendous manpower.

Consider that 55% of its global ad campaigns in 2018 had budgets under 10,000 pounds. Salespeople and ad ops spent most of their time dealing with these small buyers, yet those campaigns contributed just 12% of revenue.

That realization was eye-popping, and caught the attention of senior management.

“We knew we were busy. But we didn’t know just how busy we were,” said Jessica Barrett, FT’s global head of programmatic.

For 2019, Barrett’s mandate was to automate these small campaigns via programmatic, freeing sales and ad ops to work on new products and optimize large clients’ campaigns.

The existing workflow for direct deals required lots of back and forth and waiting between sales and ad ops. A salesperson would send an RFP to ad ops, who would respond whether or not FT had the available inventory. Then, the salesperson would often have to send forecasting back a second time as the marketer adjusted their final requirements.

FT started testing Adslot, which allows salespeople to check the revenue forecast without sending the request to ad ops. The forecasts updated in real time, and buyers got the same level of customer service but the backend became more efficient.

FT started requiring the use of the programmatic guaranteed platform for its smallest campaigns in June and has onboarded 10 buyers to the platform to date.

FT even lets the ad ops teams of independent agencies upload campaigns directly into its Adslot interface, where FT staffers can check the creative before it goes live.

And regular buyers, who book campaigns with FT throughout the year, can now efficiently make those requests through the platform, streamlining the entire process.

To make sure it doesn’t overbook any campaigns, FT underestimates its availability, putting just 80% of its inventory into Adslot.

During the tests, FT gained incremental budgets because it allowed smaller campaigns than it normally would to go through, provided they were automated.

The FT’s lower minimums meant it attracted buyers who would have funneled their media dollars to the open auction or a publisher with a lower minimum.

“We were considered for plans we typically never would have been on, even though the goal of the test was to automate lower-value orders,” Barrett said.

Now, FT is reaching out to potential customers who didn’t meet its minimums previously, inviting them to transact through Adslot.

Importantly, accessing small budgets efficiently has armed the FT with one more tool to win media budgets as buyers seek the flexibility and simplicity that comes from transacting on large platforms – but want an audience and context only the FT can deliver.