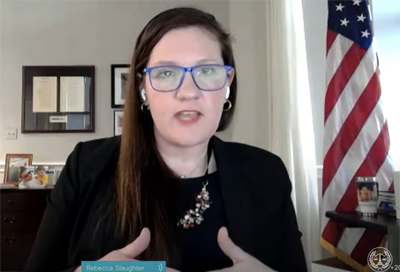 While there isn’t 100% bipartisan support for strengthening US antitrust laws to deal with big tech, Republicans and Democrats agree on the need for more robust enforcement of existing antitrust laws.

“We need personnel at these agencies who are willing to bring the difficult cases,” said Rep. Ken Buck (R-CO), speaking at a House judiciary antitrust subcommittee hearing on Tuesday looking into whether laws should be bolstered in order to better address monopoly power.

The question is particularly top of mind for lawmakers in light of an explosive story in Politico this week that included a review of the full, unredacted documents related to the Obama-era Federal Trade Commission’s January 2013 decision not to sue Google after a two-year probe into its control over online search, search advertising and its growing dominance over mobile phone software.

At the time, the FTC’s lawyers and economists came to very different conclusions based on different evidence, but the politically expedient outcome – not to sue – won out.

In attempting to determine Google’s market share, for example, FTC economists looked at Comscore data which showed that only somewhere between 10% and 20% of traffic to rival shopping and local review sites came from Google. FTC attorneys, however, looked at numbers shared by Yelp to determine that more than 90% of users who visited local review sites and between 67% and 73% of people who visited shopping sites came courtesy of Google.

Rep. David Cicilline (D-RI), chairman of the House antitrust subcommittee, expressed grave concern about the FTC’s reticence to bring antitrust cases in recent years, pointing also to its failure to block Google’s merger with DoubleClick in 2008 and AdMob in 2009.

“Google favored its own properties, suppressed actual and nascent competitors, paid billions of dollars to be the default choice for mobile search and deployed other exclusivity provisions to own the market – as one of Google’s own executives described it,” Cicilline said. “But instead of acting on this very serious threat to competition, the commission chose to do nothing.”

“We must never let this happen again,” said Cicilline, who asked acting FTC chairwoman Rebecca Slaughter what can be done to avoid this kind of inaction down the line. [It’s important to note that Slaughter was only appointed to the commission in 2018 and was not involved in the earlier 2013 Google probe.]

“Look, I wish a complaint has been filed at the time,” Slaughter said. “It’s incumbent on the FTC to bring hard cases.”

The commission brought an antitrust case of its own against Facebook in December 2020.

But there is a school of thought in antitrust enforcement that believes it’s better to hold back rather than be too aggressive and block a merger which later turns out to have been inoffensive.

Slaughter doesn’t adhere to that philosophy.

“I believe the FTC must push antitrust law forward through bold agency action,” she said. “Specifically, that means prioritizing deterrence and using the full range of the FTC’s authorities to stop unfair methods of competition.”

The FTC already has tools to accomplish this, including the ability to activate its rulemaking authority to prohibit anticompetitive conduct that is difficult to litigate on a case-by-case basis.

But there is also a growing call to revamp US antitrust law.

Sen. Amy Klobuchar (D-MN), who leads the Senate’s top antitrust subcommittee, introduced a sweeping new antitrust bill in February that would raise the bar on approval for corporate mergers and give law enforcers more resources to take competition cases to court.

It’ll also be interesting to see how the makeup of the FTC shakes out with a Democrat majority.

Current commissioners including acting chairwoman Slaughter and Republican appointees Noah Phillips and Christine Wilson. The other Democrat on the commission, Rohit Chopra, will likely exit the FTC shortly to take on the director role at the Consumer Financial Protection Bureau. President Biden has nominated big tech foe Lina Khan as a commissioner to take what will be one of two open seats when Chopra moves over the CFPB – leaving one more open slot that has yet to be filled.