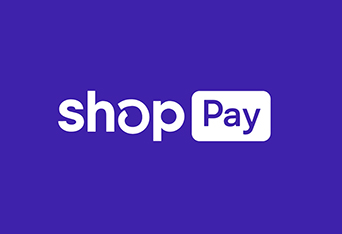 The friction between when someone sees a product and clicks the “buy” button is decreasing.

The news comes a week after Google announced that it’s partnering with Shopify to make it easier for the ecommerce platform’s 1.7 million merchants to get discovered through Google search and other services.

The purpose of Shop Pay is to make online checkout faster and more secure. It includes a payment button that merchants can add to the checkout process after customers click on a product. The tool allows customers to save their email address, credit card, and shipping and billing information so that they can complete their transactions faster the next time they reach Shopify checkout.

Shop Pay will be expanded to all Shopify merchants selling on Google later this year, although the integration is already live on social platforms. Shopify expanded Shop Pay to retailers selling on Facebook and Instagram in February.

These moves are part of a larger strategy to help merchants get discovered across Google as ecommerce continues to boom and to be able to take advantage of the billion shopping sessions that take place across Google each day, Finkelstein said.

Merchants that enable Buy on Google, the company’s native checkout flow, will be able to provide Shop Pay as a checkout option. Buy on Google and Shop Pay will be available to US merchants.

“We are building a version of commerce where all merchants can succeed,” Finkelstein said. “This means leveling the playing field and giving every independent business the same opportunity to reach customers.”

Shopify claims that the tool is 70% faster than a typical checkout and results in fewer abandoned carts, a functionality that will now be available to merchants and consumers on Google when they’re in the product discovery phase.

In addition to enabling Shop Pay as a payment option for Shopify merchants across Google surfaces, this integration “simplifies getting product inventory live,” said Bill Ready, Google’s president of commerce.

And Google Cloud also made an appearance. Shopify announced on Thursday that it will use Google Cloud’s global infrastructure to reduce latency and give shoppers more personalized, engaging experiences.

Last year, Google said that the number of merchants using Google grew over 80%, with significant growth among small- and medium-sized businesses, a mainstay of Shopify’s customer base.

In Q4 of 2020, the year-over-year growth rate of retail searches was more than three times the rate during the same period in 2019, which represents the massive shift to online shopping fueled by the COVID-19 pandemic, Ready said.

Last week, at Google I/O, Google’s developer conference, Shopify and Google announced their intention to expand their nearly decade-long partnership. One practical example of this is that Shopify merchants will be able to more easily make their products more discoverable on Google and appear across Google Search, Shopping, YouTube, Google Images and other Google surfaces.