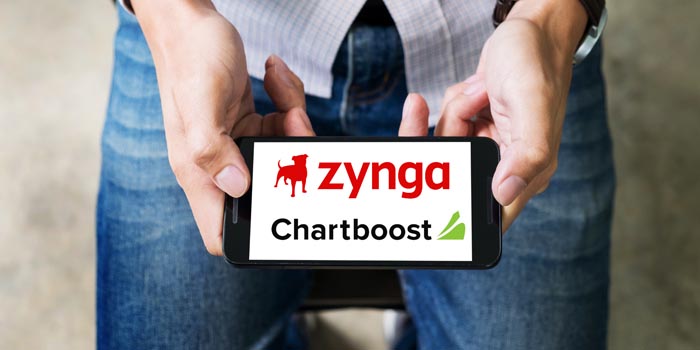 It’s an excellent exit for a company that’s only raised $21 million since its $2 million Series A in 2011.

The deal, expected to close in the third quarter, was announced on Wednesday on Zynga’s Q1 earnings call, during which the company reported its strongest-ever quarterly revenue and bookings.

Gibeau foreshadowed Zynga’s interest in ad tech during the company’s Q4 2020 earnings report in February. He told investors at the time that Zynga was in the midst of building its own ad network and was likely in the market to buy an ad tech asset to support that project.

“Our ambition is to have a full platform in gaming, and that includes everything from social and discovery to advertising and running games,” he said. “We want to move to a new definition of what it means to be a game company, one that builds games, publishes them and has a platform that enables us to do that at scale in a highly efficient way.”

Zynga, which this quarter reached 164 million monthly active users across its portfolio, has been looking to take better advantage of its first-party data, which is drawn from engagement with its games, in order to make its monetization more efficient.

“But what we were missing, frankly, was an ad tech stack on the demand, mediation and supply sides to enable our first-party data and inventory to be fully leveraged,” Gibeau said. “There’s an opportunity for us to use our data in an abstracted way to train [Chartboost’s] algorithms so that they can make more accurate predictions about what the demand versus supply mix looks like for advertising.”

Throughout the next six months, Zynga will integrate Chartboost’s DSP into its homegrown ad platform while allowing Chartboost to operate independently. Access to Zynga’s first-party data will be compartmentalized from Chartboost’s third-party ad business.

But beyond Zynga being able to do more with its first-party data, there’s another benefit to owning programmatic buying technology. Zynga can spend less on third-party network fees, which is one of its biggest cost centers.

“Chartboost is a good chess move for us,” Gibeau said, “but this is just our opening gambit.”