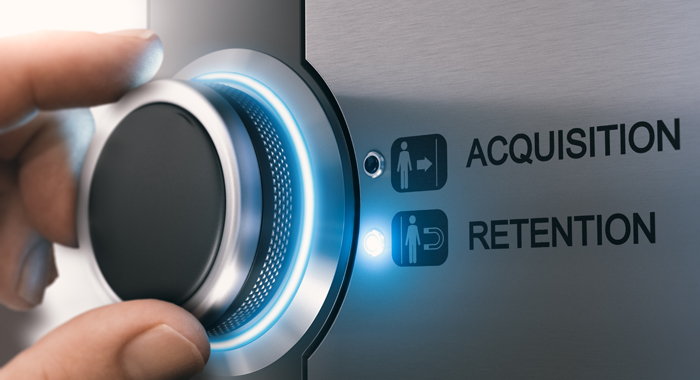 Users flocked to apps during the first few months of lockdown.

Global downloads for hypercasual games, for example, shot up 103% between December 2019 and March of this year, according to research from Adjust and Unity. Gameplay grew 72% in March, coinciding with the start of stay-at-home orders in many countries.

But now developers must figure out how to retain the users they acquired when engagement was high and prices were low.

The key, said Moshi Blum, Adjust’s GM for Israel, is to create a habit or to become the default.

The go-to apps people use when they have a little time to kill are the ones that have successfully created a habit. The apps people think of first to complete a specific task, such as buying something or booking a trip, are considered the default.

But apps don’t become a user’s habit or default app by accident. Developers invest a lot of time and money analyzing user behavior, segmenting users according to their behaviors and then applying specific tactics accordingly, whether that’s a custom onboarding experience, offering in-app rewards or reminding someone to come back to an app using a relevant, unobtrusive push message.

When people had more time on their hands during the lockdowns, they browsed and experimented with new apps. Now that the economy is opening up, albeit falteringly, that user behavior will change again and developers must invest in features and experiences that encourage repeat usage.

“The world looks very different today than it did in late March,” said Srinivas KC, VP and GM of advertiser platforms at InMobi. “Brands need to be sure that someone who downloaded their app when the pandemic first began can still find value in it today.”

The first mistake that most app developers make is in thinking that the same content, features and experiences that originally attracted users will retain them in the long term, said Matt Barash, SVP of strategy and business development at AdColony.

Two of the most effective ways to keep users engaged is to make sure the experience stays fresh and to offer creative incentives for return visits.

“There is a direct correlation between revenue and the user experience,” Barash said.

Take speed-reading app Blinkist, which offers free daily book summaries, or the daily quests players can embark on within Supercell game Brawl Stars. Meditation app Headspace hands out vouchers to users who meditate for a certain number of days in a row.

“These mechanisms keep the users engaged by providing a currency only valuable for [people] who are using the application,” Blum said.

For Unico Studio, a Palo Alto-based hypercasual studio that primarily makes puzzle games, improving retention rates is all about improving the gameplay experience. For example, Unico offers daily rewards and weekly puzzles to incentivize gamers to check in at a regular cadence.

“If the app provides a high-quality, engaging user experience, users are more likely to stick around,” said Mahmut Saglam, a user acquisition manager at Unico. “We constantly look for new ways to encourage our users to come back and play.”

Another method to encourage return gameplay is to make the experience easily shareable across social networks, which is particularly attractive for people feeling socially isolated.

“The more shareable a game is, the more viral it can become, and the more positive the experience can be for users,” said Amir Ghodrati, director of market insights at App Annie.

Zynga Poker, for example, a real-time card game where players sit at virtual tables with each other, saw an increase in people chatting and sending messages back and forth in March compared with before COVID-19.

Acknowledging the pandemic in some way can also be a good move, said Shamanth Rao, CEO of mobile user acquisition startup RocketShip HQ. Some developers have doled out special lockdown offers or related discounts to make their offerings stickier.

But now is still not the time for aggressive monetization, Rao said. It’s also not a great idea to promote in-app purchases or go in for hard-sell messaging via push notifications or in retargeting campaigns, all of which could be a big turnoff, especially to new users.

“The brands and developers benefiting the most,” Rao said, “are the ones focusing on retention rather than monetization.”