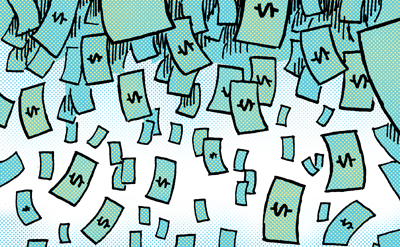 The audio advertising market is heating up, and investors are getting in on the action.

Audio analytics platform Veritonic announced Tuesday it raised $7.5 million in Series A funding, bringing its total funding to date to $14 million. The company will use the funds to further its audio measurement and attribution capabilities and grow its engineering and sales staff, said Veritonic Founder and CEO Scott Simonelli.

“Audio has been around forever, and now it’s hitting consumers in more accessible ways through podcasts, mobile devices and smart speakers. But it can’t scale without better measurement and data,” Simonelli said.

The Series A round was led by Lavrock Ventures, which will be represented on Veritonic’s board of directors by general partner Daniel Hanks. Progress Ventures, Greycroft, Lerer Hippeau and Newark Venture Partners also contributed funding.

Veritonic currently has a team of about 50 employees, and it wants to double its headcount over the next 12 months. New hires will be concentrated in the sales and engineering departments so Veritonic can scale up its tech development and client outreach, Simonelli said.

“There are 10,000-plus audio advertisers in the US alone. We want to be able to work with all of them,” he said.

On the sales front, Veritonic is looking to add personnel in international markets, Simonelli said. But other than a few remote hires, Veritonic will keep its engineering recruitment focused on the New York area, where the company is based.

Although it currently has no deals in the works, Veritonic is also considering shoring up its tech stack through mergers and acquisitions.

Veritonic offers advertisers a way to measure the performance of audio assets, including podcast and radio ads, audio logos and sonic branding, through a combination of research and analytics offerings.

One offering analyzes the quality of audio ad creative. Veritonic’s Audio Score uses machine learning to weigh real-time emotional response, recall and purchase intent data for each asset against a predictive model to measure whether the asset is performing as expected. It does so using a core panel and then extrapolating from that data.

Prior to this funding round, Veritonic did not have the bandwidth to devote to projects other than its existing core functions and producing the Audio Logo Index, Simonelli said. The capital will allow the company to pursue its ambition to build out the measurement and attribution infrastructure the audio market needs to scale up to its true potential, he said.

In May, Veritonic released an audio-focused attribution product. This product will be further developed into a full-funnel attribution offering that fills the gaps in existing attribution solutions for the audio market, Simonelli said.

Cross-channel attribution is another new goal. As terrestrial radio and podcasting converge into a single digital audio market, Veritonic wants advertisers to be able to track all of their campaigns in a single dashboard, Simonelli said.

Another gap Veritonic plans to fill is in the smart speaker market. The company will use its new capital to develop a predictive scoring framework for audio content served on smart speakers, Simonelli said. “There needs to be an independent third party for measurement across smart speakers, streaming and everything else,” he said.