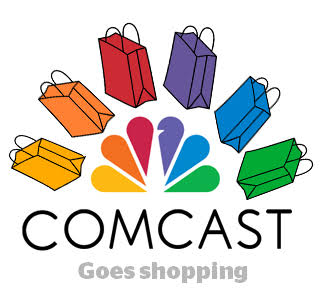 Comcast is looking to enhance its targeted advertising business by acquiring more ad tech assets, and is evaluating a group of companies that includes Cadent and dataxu, AdExchanger has learned.

Comcast is motivated by a range of factors, including stiffer competition from AT&T and its Xandr ad unit as well as difficult headwinds for its FreeWheel ad tech subsidiary. FreeWheel has struggled with client defections, having recently lost its largest client, Disney, to Google.

“If brands and advertisers start embracing the AT&T/Xandr model and clients start looking for something similar, there is definitely a case to be made that Comcast wants a seat at the table,” said Elgin Thompson, managing director of tech investment firm Digital Capital Advisors (DCA).

Comcast is hardly a newcomer to marketing and ad tech acquisitions, having previously acquired workflow software Strata in 2005, video management tool thePlatform in 2006, FreeWheel in 2014, Visible World in 2015 and exchange platform StickyAds in 2016.

But plenty has changed in the three years since it was last active, namely the rise of competition in the advanced TV ecosystem from the likes of AT&T, Disney, Google and others.

Either Cadent or dataxu would provide a buy-side business that could improve Comcast’s access to programmatic advertising budgets across its groups, including its national cable division, its Comcast Spotlight local ad sales group, which employs 1,800 people across more than 80 markets, and media assets under NBC Universal.

Multiple sources have confirmed Comcast discussions with both companies, but it’s unclear how close any deal might be.


Comcast is not the only company interested in Cadent. AdExchanger has not linked any other potential buyers to Cadent, however, Sinclair has cash and is looking for tech assets. TEGNA is also examining potential acquisitions. Both are interested in addressable TV, and have vowed to support ATSC 3.0, a next-gen standard that brings OTT-like capabilities to broadcasters. Disney might also be part of the discussion, though it still has to figure out what it has with the tech assets, like true[X], it inherited from Fox.

For years, dataxu has sat in the middle of the data-driven advertising ecosystem, fitting more easily into all of the pieces that Comcast has assembled. But its capabilities were developed during the desktop era and several sources were skeptical that it could provide the TV support Comcast requires.

Comcast is also working out whether dataxu is the right fit technologically, and the two sides are also far apart on price, according to a source.

The Wall Street Journal reported last October that dataxu is working with GCA on a potential sale of the company.

“If it’s not Cadent or dataxu, it’ll be a company like Cadent or dataxu,” DCA’s Elgin Thompson said. “Someone in this space is going to be acquired, given the speed of change we’re seeing.”

Comcast is especially motivated to acquire ad tech because of AT&T’s Xandr.

Xandr’s recent move to activate AT&T data for Turner Broadcasting has initiated a flurry of activity at Comcast and its subsidiary NBCU.

Xandr threatening to steal Comcast’s thunder is particularly galling since Comcast has been talking for years about making TV planning and buying more intelligent. Now, despite all Comcast's investment, Xandr is starting to execute. And Xandr isn’t the only threat.

With more competitors in the market – from big companies like Google and Xandr to smaller ones like INVIDI – Comcast’s ad tech division is under more pressure to prove its value.

Comcast Advertising is also fighting for share internally, with even NBCU prioritizing its homegrown ad tech.

On the back end, FreeWheel will traffic NBCU’s digital and linear inventory. But NBCU has been building an ad platform that buyers can use to purchase NBCU inventory. At the helm of that project is Denise Colella, NBCU’s SVP of advanced advertising products and strategy, with strong support from ad sales chief Linda Yaccarino.

Multiple sources confirmed a turf war between Yaccarino and Marcien Jenckes, head of Comcast Advertising. And there will come a point when NBCU CEO Brian Roberts, previously content to let Yaccarino and Jenckes manage their own relationship, no longer sees the point in supporting separate, yet overlapping, ad ambitions.

Hence, Comcast needs to show value, and a splashy acquisition could provide that.