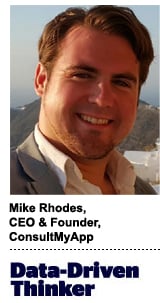 Today’s column is written by Mike Rhodes, CEO and founder of ConsultMyApp and creator of App Marketer Pro.

It’s been just over six months since Apple rolled out ATT (AppTrackingTransparency) across its devices. While Snapchat, Facebook and other platforms have condemned the update after it cost them nearly $10 billion, consumers have reacted well. Marketers, meanwhile, are now setting their sights on Apple Search Ads (ASA) for advertising in a world where cookies and IDFA are highly challenged.

But ASA isn’t new. So why didn’t it catch on in a pre-ATT environment?

ASA is a high-touch channel. With keywords, search terms and consumer behavior subject to rapid changes, marketers constantly battle with ASA to get up-to-date actionable data for effective ad spend. There are also issues with scaling up ASA channel efforts, especially in international markets across multiple time zones where data is inconsistent.

Another challenge comes with ASA’s search popularity data, which is 48 hours delayed and applies a seven-day moving average. This makes the job of an advertiser harder, particularly in fast-paced, event-driven markets.

Current ASA data is not capable of providing the level of granularity required for a data-driven marketer to react to App Store changes effectively. Too much ad spend would depend on out-of-date metrics. Using Apple’s own data increases the risk of bidding on saturated, underserved, irrelevant or stagnating trends.

Still, despite these metric difficulties, ASA and the App Store contain many advantages for the advertiser.

Why advertisers should spend on Apple Search Ads

The App Store has billions of users who search within the store on a monthly basis, meaning the pool of potential customers is virtually unmatched on iOS.

Plus, ASA is Apple-owned, so it doesn’t operate with the same restrictions that IDFA-dependent channels do. This gives ASA resilience as a channel. It’s not facing the same learning curve that third-party-based data acquisition channels are. This provides ASA with far greater conversion reporting and accuracy for campaign optimization.

Lastly, advertisers and marketers understand that consumers using the App Store are primed for conversion. These high-intent prospects use the store to discover or purchase products. For many brands, conversion is a primary focus KPI and, while ASA suits this priority, it can also increase product awareness and customer lifetime value.

AI and ASO can increase ROAS

Providing real-time data increases an ad’s relevance and effectiveness. With AI, marketers can choose the trending terms that are driving the most traffic at a given moment. As a result, they’re able to act on a trend in its infancy rather than react to a trend as it reaches its maturity or declines.

Leveraging AI for App Store ads means advertisers avoid wasting budgets and time on stale keyword and search analytics. Instead, they can focus on boosting ROAS. By understanding the search patterns occurring on this channel across all countries at every hour of the day, ASA advertisers have a far better chance of achieving a scalable and efficient cost per acquisition.

The future of advertising on ASA

As ASA usage grows, using AI engines to combat its problematic data dynamics will prove crucial – and prudent. As demand increases, AI is likely to advance, and that means the future of ASA for advertisers looks bright.

Early adopters may have an advantage when it comes to understanding changes, gaining relevant insights and improving implementation speed. The outcome? Results-driven advertising.