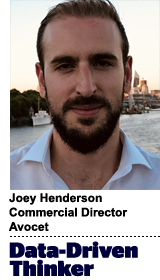 As the debate over in-housing and what it means for brands rages, agencies are at a crossroads. They must decide whether to bolster their efforts in chasing slowly reducing activation budgets or gamble on drastically altering their commercial strategy to adapt to the new landscape.

Having historically been chief controllers of where programmatic spend is directed, how they handle this decision will have a knock-on effect on other players in the ecosystem, including tech vendors, publishers and brands.

While brands have made decisive plays to increase their programmatic knowledge and capabilities, and tech vendors have begun maneuvering around their old trading partners to pitch brands direct, the agencies have moved slowly by comparison.

The in-housing trend, combined with increased competition from the likes of Accenture and Deloitte, means there are fewer activation budgets and more companies to share them. The margin agencies can take from each budget is also shrinking, as increasing demands for transparency make undisclosed margins and kickbacks much harder to implement. In light of these threats to their existing business model, agencies must stop reacting to industry changes and become proponents by diversifying their service offerings and commercial models.

On the service front, there is a striking opportunity for consulting and training contracts that is already being capitalized on by the likes of McKinsey and BCG. Agencies hold a strong hand here given their incumbent brand relationships, but they need to make this a core sales focus.

Selling service contracts is very different from selling media. Agencies need to engage with a wider range of stakeholders, not just the CMO but the CFO and CEO, too. It’s through these connections that the major consultancies have been able to make significant inroads.

Most importantly though, agencies have to be the ones putting the service options in front of their clients proactively and educating them on the costs, labor requirements and pros and cons of outsourced, in-house and hybrid models. This is probably the hardest part because it will be seen by many to cannibalize the existing media business. However, it would be naive to think major brands aren’t already evaluating these options internally, so offering expert guidance makes it an open conversation.

In that scenario, if the client is moving toward an in-house buying unit, the agency is perfectly placed to service them toward that goal, which could easily be a six- to 12-month consulting contract, instead of losing both the media budgets and the relationship in one fell swoop if they only focus on the buying element.

As most budgets are still outsourced, I’m not suggesting that agencies stop buying media for brands. But they should change the way they are paid for it.

A classic example of this is “ad ops as a service,” whereby the agency charges based on the staff required to operate the DSPs or ad server seats, which can be owned by the agency or the brand. While brands increasingly want to have direct contracts with their vendors and logins for full transparency, they don’t always want to do the dirty work of uploading 100 creatives for their new campaign or hiring a team of traders to monitor and optimize it.

This represents an opportunity for service contracts based on working hours or retainer fees, as opposed to a percentage of media. It’s not a new practice, but it is one that is relatively underutilized and demonstrably profitable, as evidenced by companies such as MightyHive. The agencies have a major opportunity here in that they already have the talent and expertise – they just need to package it up and market it in an attractive commercial offering to take full advantage.

The other upside of working to a time- and resource-based model is that it helps align agency and brand incentives in the long term. In the classic model, revenue is tied to a percentage of media spend, meaning the agency is always looking to increase the size of each budget. For brands though, spending efficiently is far more important than spending in higher volumes. In a commercial model that removes media percentage revenue, agencies can be much more unbiased in their advice on media investment.

While I acknowledge there are challenging decisions to be made, I think the future for programmatic agencies is bright. Some of the slow movers might struggle to change their approach, but those that do change will create a new breed of agency that is more agile, futureproof and, ultimately, attractive to brands than what we see today. The opportunity is there for those brave enough to act now.