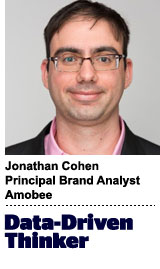 Last Friday, Netflix founder Reed Hastings celebrated Netflix getting its 100 millionth subscriber, a major milestone for a company that has spent the past 20 years thriving on science and analytics.

Netflix has arguably been the biggest disruptor of the decade to the TV and film industries, and it’s impossible to describe its success story without recognizing the central role big data has played every step of the way.

Its business model depends on using analytics to understand its audience better than its competitors. For brand marketers, for whom understanding audience behavior is equally essential, Netflix is a great case study on how to leverage big data correctly.

I see three ways in which Netflix has successfully used actionable analytics that can be relevant for brands.

Outreach Needs To Be Personalized

Even before Netflix was a video streaming service, its recommendation engine played a critical role on its website. Back when its existed solely as a DVD rental-by-mail-business, Netflix didn’t have enough inventory to ship the biggest new releases to all its customers overnight, so it created an algorithm that suggested movies its customer would be interested in, based on their previous picks, and didn’t emphasize new releases.

Since it made the shift to online streaming, a more sophisticated recommendation engine has been successfully surfacing content that’s personally relevant and engages users to the point that they spend on average 17.8 minutes browsing before selecting a program to watch, compared to 9.1 minutes of browsing for cable users. That keeps Netflix’s monthly churn rate in the low single digits, extending the lifetime value of customers and saving an estimated $1 billion-plus per year in retention efforts.

That’s true, but it’s also important to recognize why it’s able to take advantage of analytics to an extent that traditional broadcast and cable networks can’t. Netflix has exact data at the individual user level as a content platform and creator in a walled-off ecosystem.

Netflix paid $100 million in advance for 26 episodes of “House of Cards” because it knew people who watched the British version also loved Kevin Spacey and David Fincher movies, an insight that’s only possible in a walled-off ecosystem, not from estimated ratings.

Additionally, when it came time to promote “House of Cards,” Netflix had enough audience data to serve different variations of its ad to different audience personas. For instance, “Thelma & Louise” fans saw a version focusing on the female characters, while people who viewed Kevin Spacey movies would see him as the focus.

Relating that to brand marketers, the more unified their digital spend (while minimizing the challenges of working with multiple vendors and metrics), the less data loss there will be, allowing for more educated and effective campaign optimization efforts.

Netflix understood it needed to capture a member’s attention within 90 seconds or they’d leave the site. And acknowledging recent research that found the human brain can process an image in as quickly as 13 milliseconds, Netflix began A/B testing the box art thumbnail image for select films, allowing users to pick between six options. Video viewing increased by 20%-30% for the winning images, with photos showing facial expressions that reflected the tone of the film or TV show tending to do well.

For marketers, the difference between success and failure is often about getting a lot of very small decisions right, and usually even if it appears a campaign is meeting expectations, further optimization is possible.

In the current media landscape where the internet has largely leveled the playing field, knowledge is power, and Netflix has excelled because of its success at leveraging data into actionable insights. Brand marketers that emulate key Netflix strategies like personalizing audience outreach, minimizing data loss and leaning heavily on A/B testing can likewise benefit from big data.

The answers about audiences are out there for brands. It’s just a matter of learning how to better collect, listen and respond to the feedback customers are already sharing.