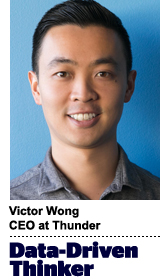 What does selling data mean in 2020? This simple question will set off a major reckoning in the ad industry and potentially in the entire consumer media landscape.

The California Consumer Privacy Act (CCPA) regulates the sale of data to third parties and now clearly requires websites to allow users to opt out of the sale of their data. However, the definition of a sale isn’t so clear, and even the largest players with the greatest legal resources seem to differ on the meaning, at least publicly.

Facebook says that routine transfers of consumer data do not constitute a sale. It is not changing its approach to privacy protection in response to CCPA because it believes that all of its past efforts and the choices it offers make it compliant.

Google appears to be taking a much more cautious approach. It hasn’t been public about its stance on CCPA but has taken steps to help its partners comply and limit ad personalization if consumers opt out.

In light of CCPA, both companies are considering their reach into websites outside of their owned-and-operated properties. Google as a third party touches publisher websites for Google Analytics and its ad tools. Facebook as a third party runs on publisher websites for its like and share buttons, which enable it to collect data on user media habits. In both cases, neither company actually pays the publisher anything for that data.

However, the California law defines a “sale” as a transfer of data in exchange for money or some other valuable consideration. Why are Facebook’s and Google’s approaches different? I believe it’s antitrust.

Google currently is being scrutinized for its search monopoly and anticompetitive behavior using YouTube to favor its ad tech stack tools. Publishers can’t run two primary ad servers for the same ad placement or run two ad servers for the same site. Advertisers can really only run one primary ad server to get maximum data capture and coverage across their campaigns, so choosing Google in any of these cases comes at a cost over Google’s competitors.

The proposed and implemented punishments for this behavior thus far have been fines and requirements to support competitors. The case for Google having a dominant market position is fairly understandable and, more importantly, the potential harm caused can be quantified by tallying economic damage to the competitors. Antitrust regulators know how to handle dollar damages and dominant market share companies.

Facebook, on the other hand, is confusing to antitrust regulators. What is the harm caused by Facebook? It’s a free product. Publishers are free to add other social sharing widgets, and they do add Twitter, LinkedIn and other buttons. So who is being harmed here?

Reading between the lines, it would appear that Facebook is worried about admitting that users are being harmed by the transfer of their data. Some argue that users pay a high price in privacy even if they aren’t paying higher dollar costs to Facebook, because of Facebook’s dominance of social networking. Some say there isn’t enough competition to drive down privacy costs of using social networking apps. To counter that, Facebook argues that user data, especially on an individual level, are worthless and therefore there is no economic harm being done to anyone.

CCPA states data sales happen even if money doesn’t change hands as long as something of value is exchanged. If Facebook were to admit that routine data transfers are valuable considerations, Facebook would be acknowledging that personal data has worth and therefore user harm could be quantified in the form of privacy costs (another way of saying personal data value).

There is then a potential straight line for state attorneys general and federal regulators to use an admission from Facebook that personal data collection is valuable to mount antitrust action against the company and break it up to create more competition.