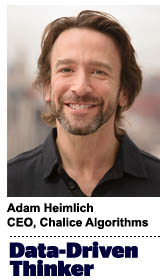 If you hire a street team to give out coupons and pay them on coupons redeemed, you’d better make sure they’re not handing them out to customers lining up at your cash register – which is the equivalent of what Google and Facebook do constantly.

Facebook, Instagram, YouTube and the Google Display Network ad buying algorithms do not care about incrementality. They’re programmed to maximize attribution credit under the last-touch model, for which handing out coupons at your cash register works great.

Everyone knows these companies have invested millions in machine learning. But harnessing the power of automation to chronic misattribution is like buying the world’s biggest gun to shoot your own foot. As with the coupon trick, the machine delivers perfect “performance” while the ads made zero difference. You’d be better off with imperfect predictions of the right outcome – incremental sales.

But consumer brands focused on growth, market share and competitive advantage are doing better by building their own, custom algorithms, pulling their data out of shared pools, and getting beyond the big lies platforms tell.

Here’s what brand-owned algorithms can do that algos supplied by the platforms either can’t or won’t.

Learn when to discount


The toughest decision in any retail business is when to cut prices. It’s a great problem to put data and technology to work on, but off-the-shelf algorithms are as likely to wash your windows as solve it. They tell us all discounting is good. A custom retail algo can give you strategic insight on when to discount – but crafting it will require expertise. You’ll need some view of incrementality, an ability to predict customer lifetime value, a programmable bidder, and a team equipped to leverage what you learn.

Pace to consumers, not budget

Pacing by spend is the prime directive of platform algorithms, because that’s how they make money. It makes more sense, though, for audience-targeted media to be paced by the size of the audience, and their availability.

The next algorithmic absurdity on this list follows as a consequence of pacing to budget.

When spending is the machine’s priority, the way to manage CPAs for an overbudgeted campaign is to cram as many impressions as possible into the best-performing line items. That’s why you see so many remarketing ads for stuff you just bought. Purchasing makes you a great prospect, so the algo can waste money on you without appearing as inefficient as it might if it tried to acquire more customers. Only reporting average frequency hides what really happened.

Despite their best efforts, Big Tech algorithms can’t distinguish between information and disinformation. While that’s bad for reputable publishers, it’s  also harmful to advertisers, because ads are information. Luckily, brands can do what platforms won’t: decide for themselves what constitutes a quality ad exposure for any given campaign, working from a minimum of human-viewed on a legit site, and force algorithms to spend only within your guardrails. This way, data reveals where quality exists in the media landscape, and what it costs.

The United States and other governments have laws about algorithmic bias in housing, lending and other businesses. Some require auditing of any algorithms deployed. A significant finding of audits is that algorithms will reinforce any biases in the training data. That is, they’ll extend historical unfairness into the present, if unchecked. The only good solution is to audit your ad-buying algorithm before spending a dollar through it.

Where to get started?

So if you’re late to the game getting your algorithms up and running, how do you catch up?

The Harvard Business Review article “How To Win With Machine Learning” lays out two things second movers should do to catch up: “Secure alternative data sources,” and “Differentiate the prediction.”

Executing on both of these suggestions is easier in advertising than it is in other fields, as data is abundant and a duopoly predicts only a few outcomes for everybody.

You can get alternative data by running a lift test, which will net incrementality data. Or you can get viewable duration data by placing a JavaScript tag on your creative. Or ask your media team to reveal and explain your frequency distribution across all users reached. Grab these bits of information, and you’ll be off to the races.

And there are several programmable bidder offerings that empower brands to differentiate predictions and bring automated media buying into alignment with their purpose. To name a handful, there’s The Trade Desk’s Dimensional Bidding, Beeswax’s Bid Models, MediaMath’s BYO Brain and DV360’s Custom Bidding, where advertisers can apply their own algorithm.

The work being done in this area represents the latest and maybe last big wave of innovation in ad tech. Once every advertiser has its own buying algorithm, the pendulum will swing back to where it was before ad tech – creative.