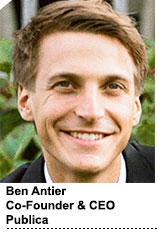 By Ben Antier, co-founder and CEO of Publica

This article is sponsored by Publica.

The Renaissance was a period of European history that marked the transition from the Middle Ages to modernity. Taking its name from the French word for “rebirth,” it was a time of social, artistic, economic, philosophical and cultural change that pulled Europe from the Dark Ages and set the stage for the scientific and industrial revolutions that followed.

In many ways, I believe we are living through a renaissance in TV viewing and advertising today: Driven by viewers, adoption of streaming services will propel the industry from the dark ages of panel-based guesswork to an enlightened age of accountability and addressability.

The age of exploration

More than half (51%) of all households worldwide will own a smart TV by 2026, corresponding with 1.1 billion homes, according to Strategy Analytics. The TV will soon sit at the center of all connected homes. 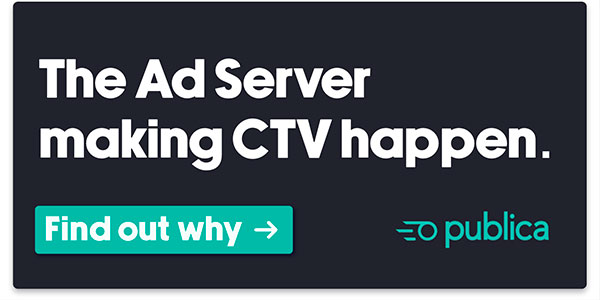 In an age where the attention economy is more palpable than ever, TV viewers rarely differentiate between the services that stream their shows; instead, content and costs drive their consumption habits. Proliferation, viewing habits and other specific dynamics will put search at the center of the evolution of TV advertising.

At Publica, our CTV ad server powers over 4 billion ads on connected TVs every month. We see firsthand the number of new AVOD, FAST and vMVPD players entering the market to meet viewers’ needs for affordable TV content. SVOD fatigue is real. Just look at recent reports from Netflix warning that subscriber growth will slow substantially early this year.

At the end of 2021, there were almost 50 streaming services in North America alone. That includes big names like Apple TV+, HBO Max, Netflix, Pluto and the Roku Channel as well as newer entrants waiting to be discovered by exploring TV viewers.

With successful ad businesses and a vested interest in ad revenue, smart TV manufacturers such as Samsung, LG and Vizio are developing proprietary search features on their TVs that let viewers explore and navigate the growing number of apps available beyond the established SVOD players, opening even more viewing possibilities to device owners.

The advertising industry witnessed an age of exploration during the inception of mobile app stores. We will see similar dynamics play out between smart TVs and streaming audiences over the next several years.

The fall of the old dogma

During the Renaissance, ideology that had dictated the rules of society for centuries was questioned. Without the yoke of dogmatic backward thought, scientists were allowed to explore beyond sanctioned knowledge; patrons invested in contributions to culture as they saw fit; artists were free to invent new ways of depicting and understanding the world. That approach gave us technologies and art that still leave a mark on the modern world, including the printing press, the telescope and an explosion of artistic creativity.

Similarly, the TV advertising market must start anew to elevate the state of the art. This is a necessary step to attract traditional, linear TV buyers and social advertisers looking for better ROI in a premium environment like CTV.

The way TV has been measured for decades is no longer accepted without question.

New players are entering the scene with advanced measurement methodologies, such as iSpot.tv, which was recently selected by NBCUniversal as their first certified measurement partner. Meanwhile, traditional players such as Nielsen are reforming their ways to provide measurement in line with current expectations.

The TV industry is changing more quickly than ever before. New protocols and privacy regulations are driving best practices around identity, contextual targeting and measurement – all of which constitute an undeniable revolution in the marketplace.

To capitalize on that revolution, publishers must understand how their inventory is bought and sold in the programmatic marketplace. Deloitte predicts that 150 million people will unsubscribe from various SVOD services this year, meaning that lower cost and ad-supported streaming services are well-placed to grow their share of ad dollars targeting TV viewers.

But with so many apps competing for viewers’ attention and buy-side supply path optimization (SPO) in CTV predicted to increase, driven by the adoption of header bidding, publishers must build the right ad breaks buyers want to target. Server-side ad insertion (SSAI) can support the correct frequency, audio volume and language of ads, improving ROI and viewer experiences on CTV for years to come. SSAI will also play a crucial role for streaming publishers looking to optimize their ad breaks dynamically on a revenue-per-second basis.

We often remember the Renaissance in contrast to the world that came before it, but I think the true impact of the period is better measured by the ingenuity it inspired and the concepts it innovated that are still referenced today. I believe the internet will have the same impact on television, and 2022 will be the year that kicks off the renaissance of TV advertising.