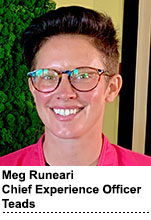 This article is sponsored by Oracle Advertising.

Most of the time, advertising is reacting to a changing world. Brands have precious few tools to balance reach and brand safety, and keyword blocklists are at the top of that short list.

Spurred by the rapid global changes of the last two years, the use of keyword blocklists is at an all-time high. But as brand safety tools reached ubiquity in response to changing global conditions, they lost much of their elegance and with it their ability to help brands lead the way on important, salient topics.

Today’s keyword blocklists often reveal unconscious bias. Words on blocklists steer brand placements away from topics audiences seek out, including race, religion and LGBTQ+ issues. Worse, they steer ad dollars away from the vital publishers who create content around those topics.

COVID-19, the dissemination of fake news and the widespread social upheaval following the death of Black Americans at the hands of police – these events that shaped the world are what Meg Runeari, chief experience officer at Teads, called “trigger points” for brand safety.

Clients ask the big questions during these moments: “What is suitable for the brand to appear next to?” “Is this a risk we’re willing to take to reach the audiences we need?” “What should we be supporting or avoiding with our ad spend?”

Teads asks its own questions during these moments as well, Runeari said: “How do we keep brands in the right content while also supporting progressive journalism?”

As a global media platform, Teads must create brand-safe environments for its clients. Promoting diversity and inclusivity across its platform is an increasing part of that mission. “It’s a position that I take both personally and professionally,” Runeari added.

“Overblock” causes harm when keyword blocklists grow too long and broad in the wake of one of those trigger points. Brands miss out on timely placement in safe, popular topics, while reputable publishers miss out on revenue they need to keep publishing progressive content.

Even the consumer’s experience is impacted by list overblock.

“Everything you read is that consumers are really relying on brands to step up to the plate here,” she said, referencing a 2020 Edelman study in which 55% of consumers said brands were responding more quickly and effectively than government to the COVID-19 crisis.

“Seeing those brands associated with those pieces of content” – stories that mentioned COVID-19 without implication of death, for example – “allows consumers to associate that brand with what is an otherwise positive sentiment,” Runeari observed. “I think that that’s an important piece of the puzzle here.”

“This is who you’re hurting”: Examples of broad keyword overblock

Teads takes a “hard stance” by not creating custom lists that include keywords Teads considers discriminatory. To better recognize bias in its own keyword lists and those of its clients – and help their clients thread the needle between protecting their brand while not becoming discriminatory – they implemented Oracle Contextual Intelligence to identify the impact of blocking specific keywords.

With Oracle, Teads quantitatively measures the impact of blocking certain keywords pertaining to diversity and inclusivity, like LGBTQ+ issues and racial politics. After implementing Oracle Contextual Intelligence on its keyword lists, Teads was “able to show very quickly, ‘This is who you’re hurting. This is the content that you’re excluding’ … down to the sub-URL of where things are getting blocked,” Runeari said.

One of Runeari’s favorite examples of keyword bias revealed with Oracle Contextual Intelligence was a brand placement in a story about the beloved children’s cartoon Scooby-Doo. The placement was blocked because the content mentioned the official canonization of Velma (the turtlenecked, bespectacled heroine) as a queer woman.

“Things like that, they’re just so silly,” Runeari said. “But without Oracle, that conversation can’t happen because there was no third party, no verification that’s scanning the content [to show] it’s otherwise safe.”

Another keyword audit presented a challenge: the highly relevant term “Manchester” appeared on a client’s blocklist due to its association with the tragic 2017 Manchester Arena bombing. “But if you think about this brand and their audience,” Runeari noted, “[it] didn’t quite make sense … If [it’s] just sitting on a page, [it’s] not unsafe. It’s when it’s wrapped around other things that it becomes unsafe.”

Another example of bias in a keyword blocklist was for the term “black,” which had been blocked despite only appearing in unsafe content 1.13% of the time, as uncovered by Teads and Oracle Contextual Intelligence. Terms like “gay,” “disabled” and “white” – often found on blocklists – were also found to be safe in a majority of contexts.

“Obviously there is a revenue implication to Teads,” Runeari notes, “but much more important is the fact that the publishers are getting hit for producing very strong content that is reputable, that can’t be monetized in these instances because of [the inability] to really dig in on keyword lists.”

Only a third party can recognize overblock, bias and missed opportunities

“There’s inherent bias in everything we do,” Runeari said. “One of the main reasons we use [Oracle Contextual Intelligence] is because it is a third party coming to the table and giving us what they consider to be their best practices. We would never rely solely on our own opinion in this case.”

Exercising this degree of self-awareness – including in keyword blocklists – is key to creating standards that reflect the real world in which brands exist. “This is not a stagnant conversation,” Runeari added. “This is a moving target every day. As an industry, it’s pivotal that we have a reckoning on this topic.”

She’d like to see industry standards around responsible brand safety unfold, just like the industry’s shared viewability and fraud metrics. “There’s certain words that we [need to] collectively agree can’t appear on keyword blocklists if we’re going to move forward as an industry.”