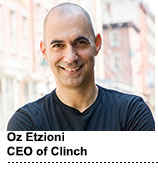 By Oz Etzioni, CEO of Clinch

This article is sponsored by Clinch.

What has the advertising industry been doing for the last 25 years if not constantly changing? And with every great evolution, there’s always more change ahead.

Ever since ad tech became a driving force in the industry, almost all players have touted their current products while keeping an eye on upcoming trends and the futures they will need to accommodate or pivot to. The future has always contained road maps and acquisitions and acqui-hires, and while this change was being planned for behind the scenes, the industry experiences the present as a holding pattern.

The future was always just around the bend.

But the pandemic interrupted this cozy norm. The future, it turned out, had to be right now – now for localization, as national campaigns didn’t speak very well to a country undergoing wildly varying regional differences; now for CTV and OTT, as entertainment was suddenly all at home and all digital; now for personalization, as consumers’ unconscious expectations filter out the irrelevant and crave new delights delivered to them by ads and ecommerce. 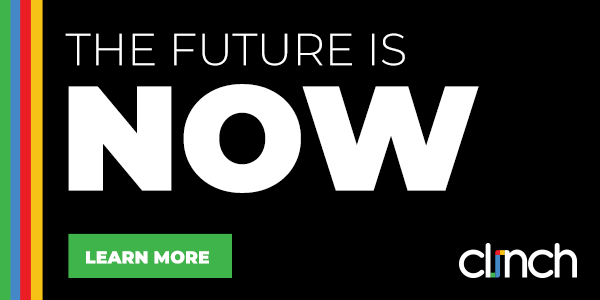 McKinsey reported that 75 percent of US consumers tried a new shopping behavior because of the pandemic. “We spend a lot of time consulting with clients around the value of creative strategy,” said Amy Thorne, EVP, creative business lead at Merkle. “As marketers, we were leading the charge to the consumer, and now the consumer is saying, ‘I own my destiny here.’” While the future may look a little uncertain, there is a clear vision around where the customer experience transformation is going, Amy added. It’s a long-haul proposition that Merkle is supporting with their cookieless identity solution, Merkury, and alignment with creative technology that doubles down on insights and intelligence.

Brands that recognized the new moment found the right partners, sought new insights, adjusted their plans and made these intrinsic parts of a new and more nimble strategy; those that didn’t still may have spent a lot of money but looked disengaged.

For example, when office workers packed up and headed home, HP’s ad strategy and creative had to deliver the same brand experience and impact against totally new customer insights – demand for laptops and printers for new home offices. “That marketing conversation had to change on a dime,” said Freddie Liversidge, global media activation lead at Ziji, HP’s in-house media team. “‘How do we reach people working at home?’ We had to change all of our creative and stories to match that.”

If media had to change, creative had to change faster – not only because production became much harder during the pandemic, but because whole concepts no longer looked relevant. You couldn’t advertise beer anymore by watching people look awesome partying together at a bar. Messages needed to be versioned into endless variations to meet very local circumstances and concerns. Workflows needed to change as work became remote. Platforms that were built to handle the changes had to jump into the fray with solutions. Legacy technologies that still had omnichannel personalization and data-driven creative somewhere later on the road map – or worse, missing from the road map – lost traction.

And with all this change, the “just trust me” approach to transparency and analytics became less tenable. Brian Hunt, head of OTT/CTV advertising sales at Sinclair, has seen these changes firsthand from the sell side. He concluded that every part of the ad spectrum must be laser-focused on transparency and traceability. “It’s not just about selling advertising and impressions anymore,” Hunt said. “It’s working with the brand to not only craft a media plan that makes sense, but to work with them on analytics to find out, ‘Okay, how did we do here?’”

Hunt continued: “When you get out of the traditional Nielsen, linear TV space, you can actually measure the customer CRM funnel. We’re doing something with a big lending company that at the end of each month, they’ll take all the people whom we serve ads to and match it up to their sales funnels. They can actually see how many people went through the website, how many people applied for a loan, how many we prequalified, how many of those loans got approved and how many actually closed, then make appropriate changes to optimize to those. For example, maybe they need to run another set of ads to the people that are prequalified but not moving forward.”

For HP’s Liversidge, the transition to video was one of those “future” things that’s actually already upon us. In response, he said HP is “really focused on video and larger formats to grab attention” and requiring optimized ad experiences in all channels. He added that HP considers dynamic creative optimization (DCO) “crucial” for personalization and creative sequencing. By the same token, Merkle’s Thorne advised brands to use DCO as part of their strategy to maximize engagement. “DCO used to be kind of a catch phrase, but I think DCO has become the connective tissue.”

Since advertising became digital, a lot of promises have been made about what the future holds for advertising. Many of these seemed like they were on the rise, only to turn out to be shadows of the promise. Think of retargeting’s initial appeal as a form of personalization only to become the cliché of the “shoes that follow you around the internet.”

But crises have a way of clearing the mind and focusing attention on what really needs to live up to the promise right now, lest businesses fall apart. For many of the advertisers, agencies and ad tech platforms that survived the last two years, that clarity is no longer a pipe dream. It’s here and now – and while change will keep coming, we can proudly say we have successfully made it to the future.