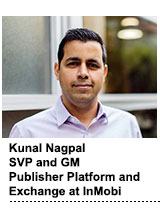 We’re at the end of the beginning of online privacy reformation. Safari and Firefox browsers removed third-party cookies a while ago, then Apple made iOS opt-in while Google will move next year to make GAID opt-out, to begin with. Meanwhile, regulators globally have been busy, with GDPR, CCPA and LGPD enacted as the first of the many hugely consequential laws to preserve data privacy for online users.

As a result, we have a cottage industry in consent management and universal IDs as advertisers seek media buys within a familiar playbook. But this hasn’t really made much of a dent in the way media buys are conducted today. This is partly because of adoption issues, as consumers find it incredibly tedious to opt out of online tracking. It’s also attributable to a lack of urgency as Chrome, which accounts for more than 65% of global online browsing, keeps pushing back its deadline for the deprecation of third-party cookies. In addition, more buying is concentrated with the larger walled gardens as smaller independent players retreat from key markets after struggling to comply with regulatory requirements. 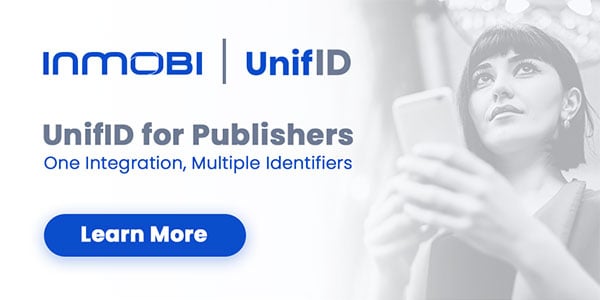 In essence, fewer than expected users opted out, advertisers didn’t lose too many options, and there hasn’t been enough momentum for the independent ecosystem to implement meaningful change like embracing universal IDs as the default option.

What’s forcing the industry to rethink its approach?

We should have seen change earlier this year after Apple announced that IDFA – its device identifier and the backbone of the ad tech in-app ecosystem – would be an opt-in offering. The revenue from iOS-based devices is critical for survival for many publishers. More importantly, media buys are more expensive whether they are independent or within the closed ecosystems of Google, Facebook and Amazon.

And so even though most realize the critical issues facing identity resolution, advertiser discussions and plans for the post-device identifier world continue to languish as the industry struggles with two large disconnects:

How can we resolve this mess?

Fortunately, there’s hope – as long as the industry collectively agrees on and invests in three distinct areas, including:

Campaign performance measurements are often controlled by specific environment owners without a meaningful way to reconcile the data. To get around this, advertisers must update their tech stack and reporting systems to capture unaggregated and non-standardized data that doesn’t match across ecosystems and geographies. This information is not going to get better in its raw form.

Similarly, attribution data will increasingly flow into the advertiser’s systems, only it will be disaggregated and without precise time and location stamps regardless of the chosen universal ID. This will be hard to parse, and advertisers will need to make sense of the various frameworks out there, including Apple’s ATT, while running a lot more A/B testing than previously deemed acceptable.