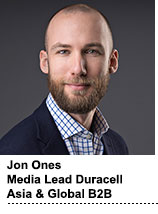 This article is sponsored by Oracle Advertising.

CTV is undoubtedly becoming a critical slice of the advertising pie. After months at home in lockdown, without restaurants, movie theaters or live events to attend, television – more specifically, CTV – was the real winner.

Yet, even as CTV becomes a well-established advertising channel, measurement and calibration of ad spend performance on this channel – and alongside broader cross-channel campaigns – has remained an untamed Wild West. For all of the measurement advantages associated with the digital nature of CTV advertising, it also has the potential to introduce many of the same performance challenges – namely, concerns around video viewability, brand safety and ad fraud. Just last year, Oracle Moat discovered one of the largest CTV ad fraud operations – dubbed “StreamScam” – that cost advertisers an estimated $14.5 million. 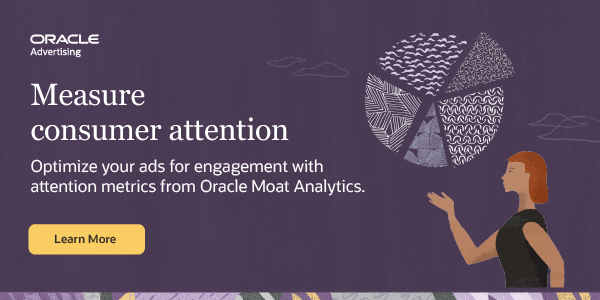 While viewability standards introduced by the Media Rating Council in 2014 took one small step toward these performance challenges, they only represent a starting place for an effective ad verification strategy. To better capture a complete snapshot of all these issues at once and prioritize incremental growth in their CTV campaign optimization, leading brands are realizing they need to go deeper than these baseline standards to more accurately measure consumer attention – not just whether an impression had an opportunity to be seen.

Duracell, for example, has teamed up with analytics and measurement company Oracle Moat to introduce more granular attention metrics that would allow them to more effectively measure media impact. Some of these metrics include Visible on Complete (VOC), Audible and Visible on Complete (AVOC) and Audible Duration. Not only do these metrics help confirm viewability, but they help Duracell focus on campaign optimization.

“We always thought that CTV would have good viewability, AVOC rates – and mostly that was confirmed,” said Jon Ones, global digital marketing senior manager at Duracell. “But in working with Oracle Moat, we realized that we needed to place a bigger focus on brand safety and ad fraud when it comes to CTV. … Of course, what we want to know is that the consumer is exposed to the entire ad with sound on, but we also want to confirm it is a real human being on the other end.”

In collaboration with the Oracle Moat team, Duracell is now finding that it can improve campaign efficiency by focusing on three things: (1) making sure ads are reaching their intended audiences, (2) verifying they are valid and viewable and (3) assessing whether they resonate with in-depth TV attention data.

As a result, Duracell has seen visible progress in all three categories. VOC rates are up 27% between Q1 2020 and Q1 2021, while AVOC rates are up 18%. In turn, these measurement capabilities are now allowing Duracell to take the next step – linking attention to cost. By overlaying Oracle Moat attention data with cost data, Duracell is able to further inform its buying strategies.

“That data overlay is allowing us to look at cost per completed view for different ad lengths and platforms,” Ones said. “So even if the ads were on completely different platforms, we can measure the completion rate cost data to get a very granular apples-to-apples view of where we are getting the best value.”

As brands continue to look for new insights that can inform when and where CTV ad buys fit into their campaigns, attention measurement provides a valuable starting point to make high-impact, cost-effective decisions.