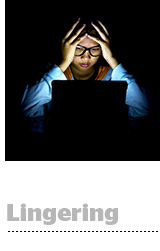 Google AdX’s publisher reporting has been having issues since the end of August. Three weeks later, those issues still have not been completely fixed. While system outages happen to everyone in tech, the length of this outage spurred grousing among publishers who rely on Google’s reporting infrastructure. “We recently detected an issue that briefly impacted reporting on Google Ad Manager. We resolved the issue and are working to restore full reporting functionality,” a Google spokesperson told AdExchanger. AdX reporting came back up on Friday, and Google’s ad server reporting is still coming back online. The extent to which publishers are affected depends on how much they rely on Google’s various dashboards.

In The Driver’s Seat

In other Google news, auto conglomerate Renault-Nissan-Mitsubishi will adopt the Android operating system along with Google’s apps and voice AI services for its connected vehicles, The Wall Street Journal reports. TV, smartphone, laptop and tablet experiences make up the digital consumer device set, but cars will eventually be an important part of that landscape as well. Connected car data has tantalizing prospects: media consumption, local searches and booking, commerce and a goldmine of location data. But will car companies cede that ground to Google? “Silicon Valley’s increasing interest in the auto business has unnerved auto makers globally, especially as Google’s self-driving car project has evolved into a stand-alone business called Waymo and aims to begin commercially transporting riders this year.” More.

Pinterest is opening its API to influencer marketing platforms, Digiday reports. The platform named eight Pinterest Marketing Partners that will access data like impressions, click-throughs and saved pins. Pinterest is prepping for a 2019 IPO and wants more ways for brands to spend on its platform. “Due to the search based usage on Pinterest, a creator’s influence extends beyond the number of people that follow them,” says Lyle Stevens, co-founder and CEO of Mavrck, one of Pinterest’s initial influencer partners. “Now we can objectively show this dynamic in action.” More.