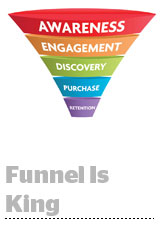 There’s a large population of performance-minded marketers for whom the industrywide debate on measurement equivalency doesn’t resonate. “They’re less hung up on whether they pay for five seconds of screen time or 10 seconds, or how their ad efforts compare with TV campaigns. They just want their ads to work,” Mike Shields writes for The Wall Street Journal. That’s easy for a direct-response advertiser that can easily calculate ROI, not so much for a data-impoverished CPG. More.

Last month, NBCU said it would commit $1 billion in audience guarantees to buyers this coming upfront season [AdExchanger coverage]. In a follow-up story, Adweek profiles exactly how buyers tap into this offer. NBCU’s Audience Targeting Platform is a managed-service way to access set-top box data from Comcast along with other first- and third-party data, some of which will come directly from clients. Buyers can also use NBCU’s addressable platform to dynamically insert ads into houses that use Comcast or to extend campaigns to NBCU’s media network – Vox, BuzzFeed, Snap and Apple News. More.

“The soft sound you hear is the song of sanity that at long last is bringing harmony to the dangerously discordant digital advertising supply chain,” writes IAB President and CEO Randall Rothenberg in a blog post. He argues that loud, public calls for accountability from brand leaders and signs of willingness to pull ad spend over brand safety concerns mark a turning point for the digital supply chain. “The big news of last week is that marketers, after a long decade of ostrich-like ignorance, are finally taking charge of their own digital destiny.”  Read more.

The Guardian has been at the center of an ad tech upheaval recently. The British newspaper helped trigger a global brand fallout last month when it pulled YouTube advertising after appearing next to extremist content (and, uh, reported on the move). A week later it dropped a lawsuit on Rubicon Project over undisclosed buyer fees. The Guardian has also dinged Google repeatedly over search quality issues. “Long considered the ‘gold standard’ in search, Google has seen its search results questioned as never before,” writes Danny Sullivan at Search Engine Land.