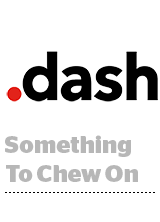 IAC-owned Dotdash is cooking with gas. Dotdash, which publishes The Spruce and Investopedia among many others, has solidified its position as a provider of culinary content with its acquisitions of Serious Eats and Simply Recipes in an all-cash deal, according to Sara Fischer of Axios. Both pubs had previously been owned by Fexy Media. These are pretty tremendous buys for Dotdash, with CEO Neil Vogel describing them as “probably 3-4 times the size of anything we’ve bought to date.” Dotdash plans to inject some serious cash into the two properties to help them scale, Fischer reports, and it plans to rip-and-replace a number of ad units in the name of efficiency and speedier performance. Unlike many of its peers, Dotdash has zeroed in on ad revenue rather than subscriptions – and shown double-digit revenue growth despite the pandemic. Part of its strategy has been investing in diversified content to help readers in their day-to-day lives, whether that’s managing money, decorating their homes or, now, cooking.

Agencies, platforms and advertisers, working in collaboration with the World Federation of Advertisers and the Global Alliance for Responsible Media, said Wednesday that they’ll adopt a common set of definitions for hate speech and other harmful content. The groups have been working on the project since late July. Using these standard definitions as a baseline should help platforms, including Facebook, YouTube and Twitter, enforce their advertising content policies more consistently. Under the auspices of GARM, the platforms will continue working to harmonize metrics and reporting formats throughout the rest of this year, with plans to launch a formalized system sometime during the second half of 2021. Examples of categories that fall under the common definition of harmful content as defined by GARM include adult and explicit sexual content, arms and ammunition, crime, online piracy, death and injury, obscenity, terrorism and debated sensitive social issues. That last one might upset news publishers … [Related in AdExchanger: “The Amount Of Hate Speech Facebook Found On Its Platform Doubled Between Q1 And Q2.”]

Every Move You Make

You know those exposé shows on TV where the host shines a blacklight on supposedly clean hotel sheets and … they’re not so clean? It’s the same sorta thing when you visit a website. Tech industry watchdog The Markup, helmed by investigative journalist Julia Angwin, recently launched a free privacy-inspection tool called Blacklight that, not unlike Ghostery, scans websites to reveal the specific user-tracking technologies operating in the background. The results are illuminating or, from another perspective, “horrifying,” writes Sam Morris for The Markup. “Some of them watch your every mouse move and record your every keystroke,” Morris says. “Trust us, it’s more than you’re expecting.” As consumers – and regulators – get more educated about the plumbing of ad tech through these types of products and editorial projects, the drumbeat of potential federal privacy legislation gets a little louder.