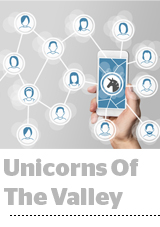 Google renamed its exchange bidding product to “open bidding.” The name mirrors AdMob’s open bidding, Google said in a blog post. Google’s exchange bidding – its answer to header bidding – made headlines this summer as Google tussled with The Trade Desk over standards that would designate exchange bidding as an “intermediary,” a vilified category that would make it less attractive to buyers. The name change begs the question, “Is exchange bidding open?” That answer depends on your definition. Participating exchanges get the same position as AdX in Google’s ad server, a coveted concession. But they also pay additional fees to participate and must give Google black box control over decisioning.

Kantar, Ipsos and Nielsen, the legacy triumvirate of market research, each saw revenue and profits slip last year, the Financial Times reports. “The old methods that were invented before the digital era are not agile, precise and predictive enough for our current needs,” said Tim Warner, who heads PepsiCo’s market research in Europe and Africa. Online surveys compress research from a month or two to one week, and digital-native methodologies are better at identifying digital-first trends. Big CPG companies missed recent market moves, including the growth of CBD products, drinks like kombucha and “organic” household supplies. “Up until relatively recently, market research was all about mitigating risk of the decisions that the business had already made,” said Unilever consumer insights lead Stan Sthanunathan. “Today our role has changed to anticipating consumers’ desires and creating their needs.” More.

Antitrust concerns make it almost impossible for Google to acquire new tech or businesses, but the company works around that problem by investing in promising startups in emerging or adjacent categories. CapitalG, Alphabet’s equity arm, invested in nine “unicorn” startups in the past two years, Bloomberg reports. The number two Silicon Valley investment firm in that period was GV, Google’s venture capital group, which took stakes in three billion-dollar startups. Google’s portfolio has huge returns on the horizon. It made an early bet on Lyft, which recently went public, and in Airbnb, which is expected to IPO in the near term. Google also recently spent $2.6 billion to acquire cloud analytics startup Looker, a CapitalG portfolio company. More.

Disney is selling a three-year subscription plan for $141 for its soon-to-launch Disney+ streaming service – 70% less than a three-year subscription to Netflix. The entertainment giant was offering the three-year deal at D23, an annual convention for its biggest fans. The offer, on the table for D23 club members until Sept. 2, emphasizes the importance of Disney’s core fan base as it goes head-to-head in the streaming wars with Netflix, The Wall Street Journal reports. More. Related: Disney is going after Netflix on price: The Disney+ base price is $6.99, while Netflix’s cheapest streaming option is $8.99 per month. More at CNBC.