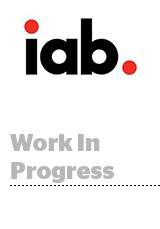 For eight years the IAB Tech Lab’s OpenRTB Working Group has made incremental changes to the OpenRTB spec. But OpenRTB 3.0, slated to release for public comment next week, will be an entirely new protocol, according to Jim Butler, Oath’s CTO of global supply platforms and co-chair of the working group. “The complexity in the supply chain has gotten to the point where the underlying model that 2.0 was based on was not really a reality any more,” Butler tells eMarketer. Exchanges will have to support both 2.0 and 3.0 specs, since the two aren’t reverse compatible like previous RTB updates. More. In light of this and other factors, the IAB Tech Lab plans to hold a long beta period. More at AdExchanger.

It appears that Unilad, once one of the most viral publishers on Facebook, doesn’t have enough cash to pay its creditors. How did it go from one of the top-performing social content companies to facing insolvency? In a word: Facebook, where the algorithm giveth and taketh away. The US publisher LittleThings knows what that’s like. But while the going was good, Unilad was a champ at revving engagement on Facebook and maintained a ruthless focus on metrics, Digiday reports. If a video didn’t gain traction within 30 minutes, Unilad would immediately take it down. When Facebook changed its algorithm to favor content from friends and family at the beginning of the year, Unilad started live streaming and cultivated branded content deals – but it wasn’t enough. “For a number of these publishers, things are out of their control if they rely on walled-garden platforms,” said Alex DeGroote, an independent media analyst. More.

Facebook’s attempt to keep partners from playing fast and loose with user data has reached its bug bounty program. As with many tech leaders, Facebook pays researchers to find vulnerabilities in its platform. But now that program has expanded to third-party apps and sites, reports TechCrunch. “Specifically, Facebook says it will reward valid reports of vulnerabilities that relate to the improper exposure of Facebook user access tokens.” Basically, if someone logs into an app using their Facebook ID, the user access token lets the app grab some of that person’s Facebook data. And improper use of that user access token can lead to the misuse of Facebook customer data. More.

Yet another media property has landed in the hands of a tech billionaire. Marc Benioff and his wife Lynne Benioff bought Time Magazine for $190 million from Meredith, echoing the acquisitions of The Washington Post by Jeff Bezos, The Atlantic by Laurene Powell Jobs and the LA Times by Patrick Soon-Shiong. The sale helps Meredith remove some of the over $1 billion in debt it had on its books, and puts Benioff in the position of being a steward of journalism. In an interview with David Streitfeld of The New York Times conducted via text while Benioff was on a massage table (a strange exchange full of Bitmojis and inspirational quotes), he said he made the decision just two weeks ago and won’t be involved operationally. Meredith will be a key partner moving forward. More.